Share All sharing options for: 11 Things I Want to See This Year in the Big 10 Revisited (Part 2)

Happy Saturday.  This one in particular promises to be a woodshed melee.  But because you can't leave your laptop in the den while you soak it in, here's Part 2 of our 11 Things revisited.  (Missed Part 1?  You can catch up here.)

6 - I Want Ron Zook to Keep the Good Feelings Coming

As long as you live outside of Florida, what's not to like about Ron Zook?  He's got a cavalier, comfort-inducing persona, and a sharp knack for pulling in the talent.  Since we last checked in, the Fighting Illini are 3-2, but the record doesn't tell the whole story here.  Both losses have come on the road at the hands of current Top 10 opponents, and in both cases the Zookster didn't go down without a fight.  What's clear from last week's traveling gun show in Ann Arbor is the basic tenor of last year's Rose Bowl team remains.  With six of their remaining seven games squarely in the winnable category Illinois has an opportunity to crawl back into the Top 20 and again land an invitation to a January bowl.  Just don't count on it being the BCS kind. 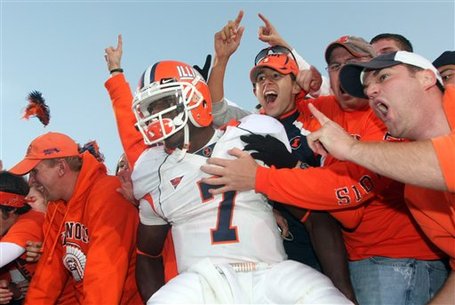 Juice Williams slams the stands in the wake of a 45-20 victory over Michigan in Ann Arbor.

Performance however is only half the story here.  After all, to keep the orange crush on a roll Zook needs to continue to deliver on the signing sheets.  A brief visit to an Illini Recruiting Thread turned up (a particularly good) synoposis: "Things are looking good for us. It may not be the '5 star explosion' you saw last year with Tez and Benn, but it appears we are going to get a bunch of 4 star guys."

Illinois's developing class currently ranks 50th on the scorecard with 13 commitments (including 1 ESPN 150 personality).  For this wish to come true we'd like to see Zook close down the stretch to deliver a Top 30 finish.  That's doable, right?

Okay, here comes the whitewater.  Despite promising matchups and a downtrodden Pacific 10 Conference, the Big 10 managed to win just one of four challenge matchups against its West Coast equivalent via Penn State's drubbing of Oregon State.  Although Michigan State played strong in Strawberry Canyon and Purdue took Oregon into double overtime, almost just doesn't count on the national stage.

Then there's that embarrassing showing by Ohio State against Southern California.

So, this one's not even close.

But, in the search for silver linings, there's little doubt that the Big 10 Conference is the better top to bottom entity -- a fact that the Midwest will have a chance to back up in December and January.

#4 - I want people to stop talking about Joe Paterno retiring.

This one's easy.  Grandpa has proved he can still get it up, leading the Nittany Lions to a surprising position of prominence and a No. 6 ranking in the first half of 2008.  Now the only question we have left to badger the old man about is whether he'll coach from the sidelines or the press box?  Seriously?  Does it matter?

Get a life guys. 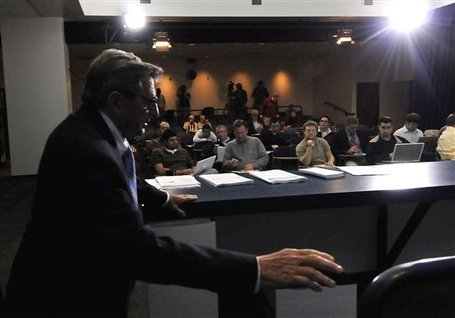 Joe Paterno says he could coach from the grave and still kick your ass.

#3- I want Terrelle Pryor to break out in a "Sportscenter Top 10" way.

#2 -I want Michigan State to live up to expectations.

There could be no more relevant day to take this one up since the Spartans have won their last five (after a season opening loss at California) and have earned the 23rd spot in the national rankings.  The only thing that stands between them and expectancy: the undefeated Northwestern Wildcats.

The difference between this Spartan squad and the John L. Smith coached teams of the past is consistency.  As Kirk Herbstreit offered on College Game Day, East Lansing has always had the athletes to compete -- they've simply equivocated between first class and second.  Mark Dantonio has brought constancy in execution to Michigan State, although they've been here before.

So, despite promise in leadership, we won't know for sure about the prowess of these Spartans until they finish what they start. 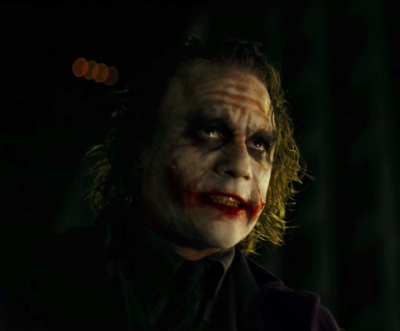 #1 - I want to see someone punch OSU right in the mouth.

Wisconsin grazed us, and left us fat lipped, but they didn't draw blood.

So for now, we're still waiting.  Take your best shot.