Battle of the Elements: Ohio State at Wisconsin

Share All sharing options for: Battle of the Elements: Ohio State at Wisconsin

Amazingly, for the second consecutive week, the Big 10 will boast a battle of the ranked when (it seemed like only yesterday they were at the center of the national championship race) No. 14 Ohio State heads to Camp Randall to take on the (it seemed like only yesterday they were in the top ten) No. 18 Wisconsin in a scotch and soda shakeup that's suddenly a bit watered down.

We've heard this before.  Last year, the Badger's visit to Columbus was set to be a coup de grace collision before Wisconsin crashed at Illinois, and burned at Penn State on an early October road tour. 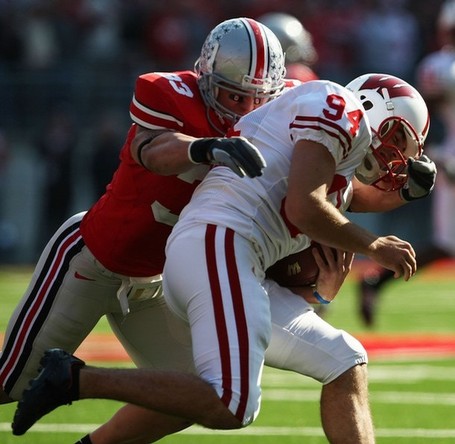 Last week, Wisconsin went on the road to face an unranked and uninspiring Michigan and got taken down in Ann Arbor town, despite leading 19-0 at the half.  And to think I called them "road tested."

Still, despite its B-Side bleed out, this Camp Randall chronicle is loaded with Midwestern might.  So much so that this half of The Rivalry, Esq. is leaving the comfort of Central Ohio and hot wing Flapper Sofa comas for a road trip to Madison.  Here are the on and off the field elements I can't wait to see in person: 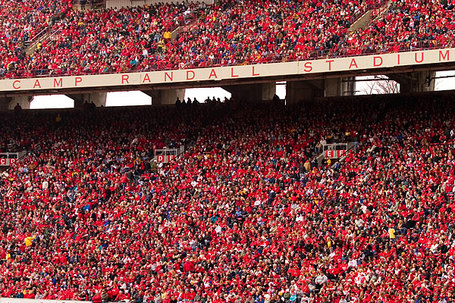 The grounds for Camp Randall Stadium were employed as a training ground for Union troops in the Civil War.  This freezing rain fortress is brutal at night.

Despite their struggles elsewhere, the Badgers are undefeated at home under coach Bret Bielema.  In fact, they've won 27 of their last 28 at Camp Randall, the freezing rain fortress that ever so frequently blinds visiting teams in a gyroscopic trance.

The last time the Buckeyes traveled to Wisconsin was 2003, where they faced a 17-10 loss that snapped a 19-game winning streak.

I had lunch this afternoon with a friend who made the ill-fated pilgrimage to Southern California to watch then No. 5 Ohio State sandbag the remaining scraps of its big game reputation against the then No. 1 Trojans.  He mentioned that the Coliseum scoreboard ran a "Know Your Football" feature which presciently asked the crowd in the first quarter "What's the best offense to run against a Cover 2 defense?"

The answer: Stretch the safeties with four vertical receivers, and throw to the tight end up the middle, like this:

The question is can Wisconsin quarterback Allan Evridge, who struggled to keep his pants up at Michigan (54.1 CMP%) get the ball downfield to Travis Beckum, argubly the best tight end in the country?

Will one or both megaton tailbacks have a breakthrough night?  This meat and potatoes match up will determine just how variable each team needs to be on offense.  The Rivalry, Esq. thinks one will be hot and the other cold.  As for who, we don't have a clue.