Livin' in the Future

Share All sharing options for: Livin' in the Future

I have always loved this point in the season.  When October ends, you don’t need to guess to figure out which teams are really good (like ) or really bad (toot toot…Boil Up!).  The truth is though, that most everybody else falls in a gray area in between.  These teams won’t win a national championship.  They likely won’t win a conference championship.  But in the final four weeks, they will put the stamp on the season.  They will determine their bowl game.  They will plant the seeds for next year.  , , and are all in this group.  Here are the best, worst and most likely scenarios for each. 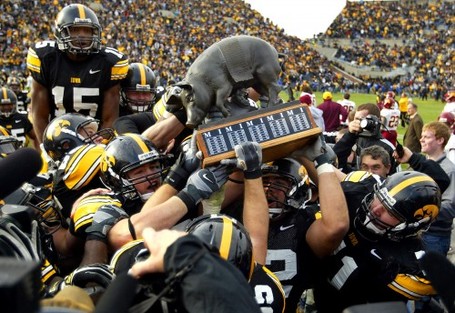 It's the Trophy time of  year.


How Did This Happen?

Good things happen when you beat bad teams.  has done that.  They have played one good team.  They lost that game badly (although the final score got closer).

Not too far from their air-inflated gopher hole.  Northwestern and visit the next two weeks.  then crosses the border into .  puts an end to the Gopher indoor-era on 11/22. 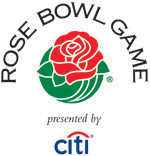 "Happy New Year!  You are looking LIVE at the Rose Bowl in where the 11-1 USC Trojans are about the face off against the upstart 11-1 Minnesota Golden Gophers."

They’ll need help to get to the Rose Bowl, but there are two possible scenarios:

1)      If gets invited to the National Championship game, the Rose Bowl will look to pick a Big Ten replacement first.  If loses again (maybe in a certain rivalry game where records don’t matter?), would be that team.

2)      If loses to or Indiana, the Big Ten tiebreakers would send to the Rose Bowl.  The fourth tiebreaker is longest drought without earning the Big Ten’s BCS/Rose Bowl bid.  And you Gophers thought that your futility wouldn’t come in handy…

Look at those last four games and be honest.  You can see how loses each of them, can’t you?   Northwestern breaks some tackles and turns five yard patterns into 47 yard touchdowns.  scares the youngsters with the winged helmets.  runs it’s home winning streak over to 7 by running over .  repeats the blueprint.

How Did This Happen?

It took five games to settle on a starting QB, and another two before he started becoming a small asset instead of a medium-sized liability.  Shonn Greene has pulverized everyone.  The defense is as good as hoped.

A fairly tough closing stretch.  The Hawkeyes travel to Cham-bana this weekend, return home for and Purdue, and then close the season in the Cities.

Can they win these four games?  Friday last week, I would have said no.  Now, I can at least see the way it could happen.  beats when Zook does something stupid.  Again.  The Clark concussion/benching becomes a distraction for Penn State, and wins on turnovers and field goals.  Purdue gets rolled.  Momentum carries them past .  To top things off, the fans get these out of the dome this time. 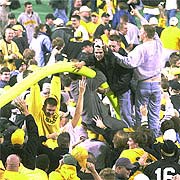 is better than they played last week, and has always had trouble with mobile QBs.  rolls the Hawks by 27.  They beat Purdue, but is actually (gasp!) better than the Hawks.  And then Shonn Greene goes pro early.

Right now I’m thinking 8-4, with only beating the Hawks.  That will put them in the muddle with the other mid-packers looking for bowl games.  I can see them going as high as the Outback, but 7-5 and the Champs Bowl might be the most realistic.

How Did This Happen?

found out why K-State wasn’t sad to see Allan Evridge go.  Dustin Sherer is an improvement, but is still a year away.

They travel to and before closing the season with home games against and the California-Polytechnic Dreamcoats.

"The Alamo Bowl has seen some classics before.  We may well be in for one tonight as the 8-4 Wisconsin Badgers face the 9-3 Oklahoma State Cowboys."

Yes, is good. They are not Buckeye or Nittany Lion good though.  The styles match up well for , and the Badgers can win a low scoring game.  The Badgers then roll the Hoosiers, maintain their home field dominance over and waltz through Senior Day.

"Welcome to the 2008 Bowl!  11-1 from the Mid-American Conference is set to challenge 7-5 Louisiana-Lafayette from the Sun Belt.  They were selected when the Big Ten was unable to qualify enough teams to fill this spot."

Javon Ringer goes all Shonn Greene on the defense.  plays another feisty game at home and catches sulking.  is actually (gasp!) better than the Badgers and wins.  Senior day is much more bitter than sweet as the Badgers close out 5-7 and are listed with Clemson among the biggest disappointments. What’s really going to happen?

I actually think that is going to run the table and go 8-4.  You don’t think is going to have a letdown after beating ?  Have you watched 20 year-olds play football before?  and Cal-Poly are walkovers.  The game will be tough, but I think home field carries the Badgers to 8-4.  Whether it’s the or Champs Bowl is decided by the other teams around them in the standings.  will be picked ahead of and Northwestern if the bowls have their choice.

So what did we learn from this?  That like in all aspects of life, worst case scenarios inevitably lead you to Detroit.