It's barely above forty degrees and pitch black at 5:30 p.m..  The streets downtown glitter with a loose current of dried leaves, and the sharp sweetness that fills the blue air.  For a legion of patient Midwesterners November weather signals just one thing: the Ohio State/Michigan Game.

Graham and I are two such subscribers to The Greatest Rivalry in All of Sports. 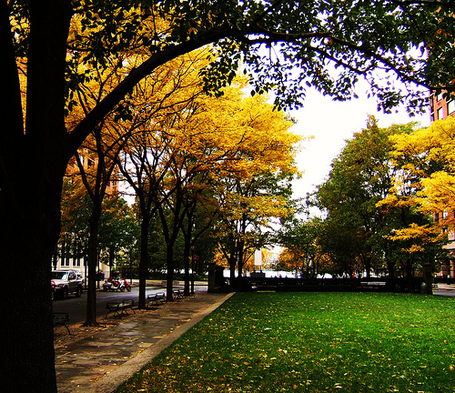 This can only mean one thing.

As a sort of verbal coup de grace, we're digging out the trenches by firing a cheap shot each other's way each day from now until The Game.  Without further adieu:

How many times have you heard a patron saint from That State Up North rip The Ohio State University for its community-college like standards?  According to the average Michigander, we're the ultimate safety school, boasting an open-admissions policy, lightweight curriculum, and beer-before-brains bent.

But, even supposing you are a true blue B.A., there's no need to gloat.  Let this Buckeye be the first to concede that The University of Michigan is one of the top public research institutions in the world.  Boasting an internationally renowned faculty, lofty alumnae roster (featuring the likes of Gerald Ford, Arthur Miller, and Ted Kaczynski), and litany of Rhodes Scholars and Nobel Lauretes, UM is without a doubt the superior academic specimen.

But, in the midst of their self-exulting righteousness, Michiganders seem to forget that The Ohio State University isn't exactly a push over.  In fact, Ohio State's undergraduate program is a flagship, serving the important role of making higher education accessible to the masses while at the same featuring an formidable array of elite graduate and professional colleges. 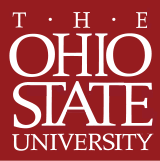 It starts with the University's mantra: Disciplina in civitatem, or Education for Citizenship.

Did you know that:

1. Ohio State is currently the largest single-campus University in the United States.

With an enrollment of 52,586, Ohio State's Columbus campus is the largest of its kind -- accommodating a host of young minds and disciplines under a common umbrella.

2. Ohio State is ranked among the Top 60 Universities in the United States and Top 20 public institutions by U.S. News & World Report.

Go ahead, Michigan alum -- start the barbing: UM is the 26th ranked university overall, and the Fourth best public institution.  There's no doubt that you're up higher.

But, considering that OSU has a twenty-percent larger enrollment, and a slightly more populist mission, the disparity hardly warrants the criticism.  Plus, we're fifty years younger.  Give us another half a century to develop, and you might be surprised where things stand.

So, before you're tempted to break out the "It's all right, it's okay, you can work for us someday" chant, you better check the scoreboard.

Plus, we've got Gordon Gee -- the most famous American Academic -- at the helm.