How Did Penn State Score 49 Points Against MSU?

Share All sharing options for: How Did Penn State Score 49 Points Against MSU?

As Daryll Clark was dissecting Michigan State's pass defense on Saturday night, Jon and I pondered an important question:

Was the Buckeye defense that slowed Daryll Clark that good, or did Clark just have a bad day throwing the ball in Columbus?

The former thought seems to be more accurate. The Buckeye defense was solid, smashing Clark out of the game and not allowing him time to complete wheel routes or deep slants. You see, the Spread HD is made up of many moving parts and a tremendous variety of options. Plus, Clark has proven he can make every kind of throw this year: stutter routes, posts, sideline fades, screens. Against Ohio State, the Spread HD passing options were never allowed to develop effectively, limiting Clark's effectiveness.

Thanks to the Buckeyes, MSU had a blueprint for stopping the Nittany Lion's passing attack. But the defense and All Big 10 linebacker Greg Jones never were able to hurry Clark and we all saw the results. In the first half alone, Clark completed passes of 49, 26, 37, 28, and 32 yards - most of these passes were on routes that took some time for the receiver to get open. Michigan State ended up allowing 419 yards passing. Not a great day for Mark Dantonio and the East Lansing faithful. 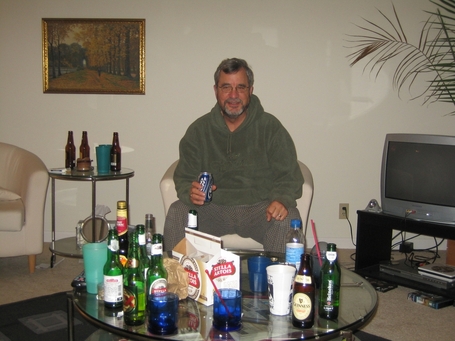