Most Americans know the Alamo for its blazin' place in Texas history as the bulwark of the revolution.  Notably, it was a fall of the favorites.

Since 1963, the insurgent tradition has been transplanted from the San Antonio de Bexar mission to the 65,000 seat Alamodome stadium where a battle for liberty becomes a battle for bragging rights between the fourth choice entries in the Big Ten and Big 12 Conferences. 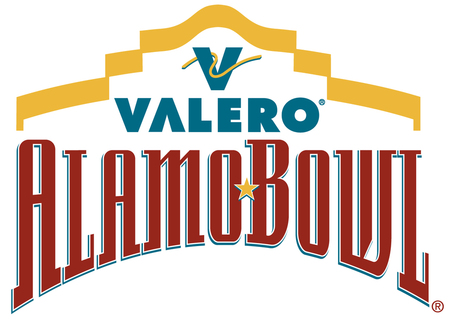 Think December bowls lack prominence and tradition?  Let me remind you of the 1996 Alamo Bowl where "the Iowa Hawkeyes wore plain black helmets (removing their tigerhawk logo and gold stripe) in honor of linebacker Mark Mitchell's mother, who died in a car accident while traveling to San Antonio for the game."  Or the 2005 Alamo which "ended on one of the most controversial plays in bowl game history: a multi-lateral...in which almost the entire Nebraska team and coaching staff (as well as a few Michigan players, Michigan coaches and media) entered onto the field, and Nebraska gave their coach the Gatorade Dunk before the play was blown dead, bringing up memories of 1982's "The Play", 2000's "Music City Miracle", and 2002's "Bluegrass Miracle."  (See here).

Precedence is clear: the Alamo is more often than not a rubber match for proud conferences with storied consistency.

This year's game is an unlikely cat fight between the fiesty and ambitious  Northwestern Wildcats, and the Missouri Tigers; a disappointing dynasty of calicos who alternate between clutch and chaos on a whim.

"Little baby/I am a poor boy too."

As ESPN's Adam Rittenberg describes "A season that began with national-championship dreams for Missouri and Heisman hopes for quarterback Chase Daniel ends in San Antonio."  A demoralizing loss to Oklahoma State as well as a dominant disemboweling by Texas broke the Tiger's will early on, leaving a spotty, wildly inconsistent offense and lame defense to guide Mizzou through the nation's best conference.

On the other end of the spectrum there's Northwestern.  Despite being a surprise in conference play, the Wildcats also enter the Alamodome at a loss as twelve and a half point underdogs.

Star passing signatory Chase Daniel (4,135 yards) and aerial wideout Jeremy Maclin (2,646 all-purpose yards; first in the nation) will face a stoic Northwestern defense led by DE Corey Wootton (9 sacks, 15 tackles for losses).  Look for the eighth-ranked passing defense in the Big 10 to try and knock the third-best passing offense in the Big 12 off-rhythm by getting pressure on Daniel early.  If they can't, they'll face an insurmountable flurry of points.

Meanwhile, the Wildcat offense can eye the neutral zone with some confidence.  They'll rub shoulders with the 100th ranked defense in the country; a loose confederacy of featherweights who struggle mightily against the pass (118th nationally).  My advice to C.J. Bacher and Mike Kafka: throw the damn ball.