Right on schedule, it happened.  The league has split into three divisions.  The top tier is Ohio State, Penn State and Iowa.  The second tier is Michigan, Wisconsin, Michigan State, and Minnesota.  The bottom tier is Northwestern, Purdue, Indiana and Illinois.  Now it's possible that Wisconsin or Michigan may sneak out a win over a top tier team. And my relegation of Northwestern to the bottom tier in no way means that they can't make a bowl.  However, barring something unforeseen, you will not see a second tier team in a better bowl than a top tier team.  You will not see a bottom tier team (if bowl eligible) in a better bowl than a second tier team. 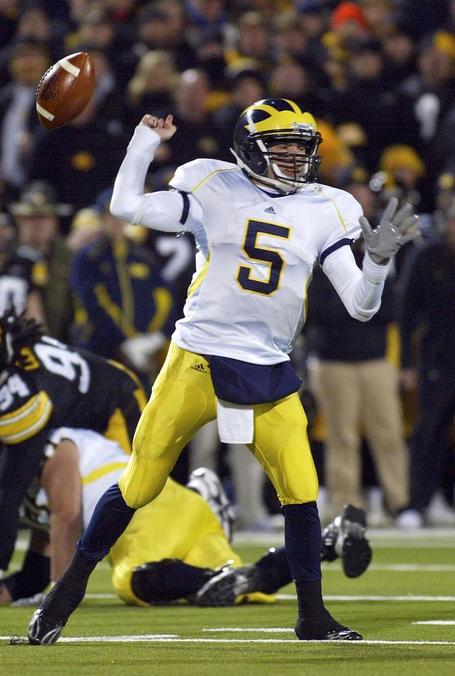 Inside the tiers, everything is up for grabs.  Also, and I can't emphasize this enough, the Big Ten as a league is MUCH stronger than it was last year.  This league goes five deep with good teams.  The sixth and seventh teams are much stronger than last year's equivalents.  Don't back down from others when arguing conference superiority.  We don't have Florida and Alabama at the top, but we're stronger in the top half than anyone (not named SEC).  The projections follow below.