Hard as it may be to fathom, in October 2008 a Buckeye and a Wolverine asked this Hawkeye to write on their site.  I explained that I didn't want to write about Bo and Woody.  They said that was OK (although they didn't understand why).  I said that I would want to focus on the teams in the Northwest corner of the Big Ten.  They agreed.

I produced an article, and on October 22, 2008 it ran.  It seems like that happened three blogs ago.  Since then the Wolverine and Buckeye have chuckled as I turned the rage of Penn State army upon me (final result: I was right on my theory, but wrong in degree).  They have given me the freedom to turn my hobby of bowl projections into an ongoing column.  They have tolerated my ramblings on each non-Big Ten conference.  They have smiled as I got us our first link on CBS's website. 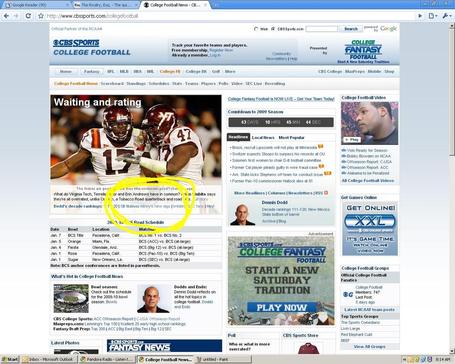 All because I wrote about a new stadium...

All the while, I got to have fun writing.  So for that, I say I want to be thankful for the good things today.  Thanks, guys. It's been an absolute pleasure.