Northwestern and Michigan State both stared into the abyss that is the queso bowl.  And somehow, both rallied back and kept their bowl hopes alive.  I know that it may seem over-dramatic to claim that bowl hopes could end in Week 5.  But 1-4 for Sparty, or 2-3 for Northwestern (with Minnesota and Purdue done), is not a recipe for even the PIzza Bowl.

Not a lot of change this week in the projections.  My prior lack of respect for Oklahoma and California meant that the results of the two biggest games of the week don't even cause a ripple in the projections.  The only change in the Big Ten order is Penn State hopping above Michigan.  This change is not due to Michigan's loss; I expected that.  It's due to Penn State's win and the fact that I can't even remotely see them losing to anyone but Ohio State or Michigan in their remaining schedule--and I doubt they drop both of those. The projections follow below. 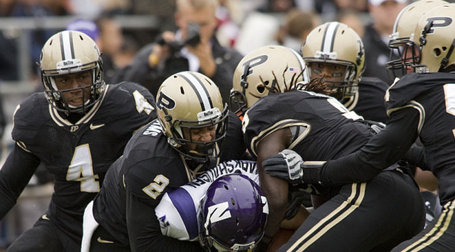 Northwestern barely squeezed out a win in West Lafayette.