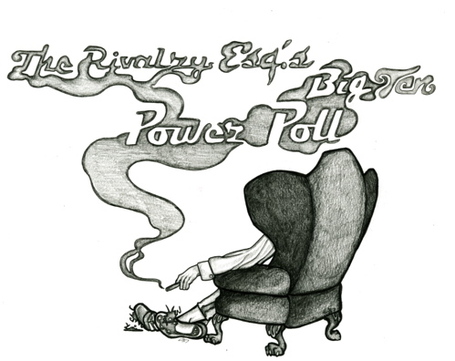 The top four teams each received every vote for their slot.  Unanimity is fun!

After that, we have no idea.  Michigan had a vote for fifth and a vote for last.  Illinois was ranked 8th and 11th.  Same with Indiana.  Northwestern lost so well, we decided to move them up.  It's weird outside of the Top 4.  We need more educating at our law schools - and from a Purdue Alum who did some teaching of his own.  If that doesn't help, this week's slate of games should do the trick. 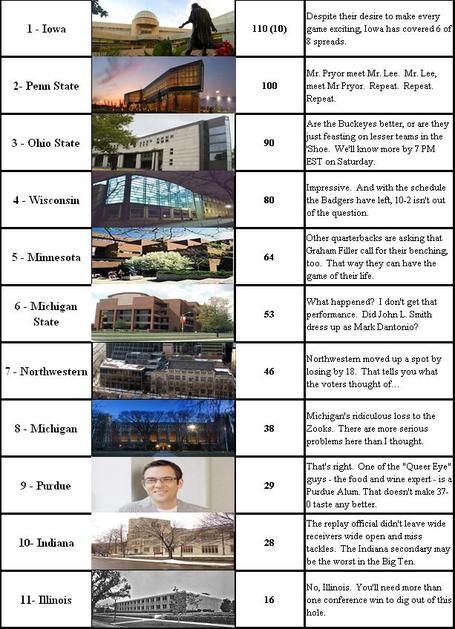