Share All sharing options for: Ranking the Big Ten Bowls by Difficulty

It appears the mainstream consensus is that the Big Ten will suffer another disastrous bowl season.  Just yesterday, ESPN's Pat Forde predicted we would match last year's 1-6 performance.  A single win is a long way away from the four wins necessary to escape with a winning record.  That got me thinking, just how high of a mountain do we have to climb?  Let's look at how the seven bowls stack up against each other in degree of difficulty (easiest to hardest), and the likelihood of a Big Ten win in each one.

Don't forget to go back and submit your Bowl Prediction sheet for another chance to win a prize. For winning the regular season OPC, Seattle Hawkeye won...a hat. You may win...something cooler. Hardest bowls to pick so far are Stanford-Oklahoma and PSU-LSU.

It's hard to get excited about two 6-6 squads going mano a mano on the NFL Network.  It's also hard for Minnesota fans to shake the stigma that Purdue would have been a better Big Ten representative on the national stage.  Although the Golden Gopher's offense is sometimes been less visible than the Emperor's New Clothes, Iowa State is the epitome of mediocre.  It ranked 8th in the Big 12 in total offense, and 11th in total defense during the regular season.  Minnesota ranked last in the Big 10 in total offense, but finished sixth in defense.  Sadly, I think this is the Big Ten's "easiest" matchup. 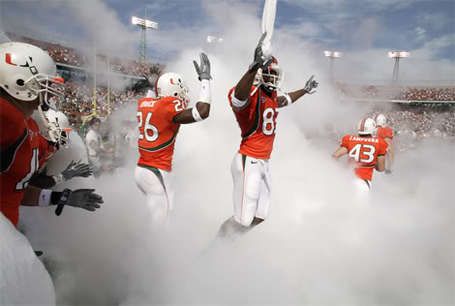 Four games into the season it looked the "The U" had restored its swagger and was predestined to win the ACC.  The Canes held Georgia Tech to 95 rushing yards, before giving up 287 to Virginia Tech.  Wisconsin's offense is beautifully balanced (206 ypg rushing, 209 ypg passing), which makes me think they can do to Miami what they couldn't do to Florida State last year: sustain consistent drives.  The potential for John Clay to run downhill makes this game the second most manageable for the Big Ten.

Although neither team has a quality win, I have to give a slight edge to Penn State here because of its defense.  On the other hand, LSU has swapped helmet paint with a tougher slate of opponents, and might be battle tested.  It's clear that Les Miles has had issues focusing this team, and the pressure on him to win might compromise his preparations.

Northwestern's defense has had plenty of opportunities to prepare for the spread.  They also have a more than functional offense, and a coach that's as meticulous as anyone in his preparations.  Auburn's defense has been MIA since August.  Still, the Tigers led No. 1 Alabama for three and a half quarters, and if their performance in the Outback Bowl comes anywhere close to matching that effort, Northwestern gets bruised. 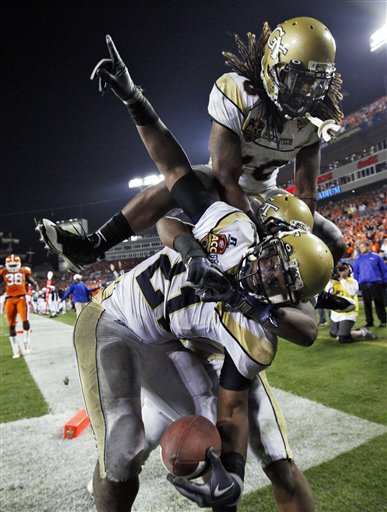 Some people might be surprised to see me place a BCS bowl in the middle of the rankings, but I think Iowa matches up nicely against the Yellow Jackets.  If the Hawk's come up with a defense that contends with Tech's vaunted triple option (and that's a big "if"), the physicality of Iowa's offensive line can steal the show.  I've got faith in you, Norm Parker.

All eyes will be on Pasadena when the unstoppable Oregon Ducks meet the immovable Ohio State Buckeyes.  But beneath the strength-versus-strength storyline there's the reality that Ohio State might not be able to finish drives against a surprisingly fast Oregon defense.  So, the Buckeyes move the ball 60 yards and stall.  What about Oregon?  They'll be forced to to punt or settle for field goals through three and a half quarters.  The difference here, is Oregon's quick-strike capability  A few missed tackles in space and the Ducks can put the game out of reach.  Moreover they score on any play.  Ohio State can't.

Michigan State's porous secondary spelled disaster against the Red Air-Raiders, and that was before Mark Dantonio suspended eight players.  Without receivers Mark Dell and B.J. Cunningham, and defensive back Chris L. Rucker, the deck is stacked against the Spartans.