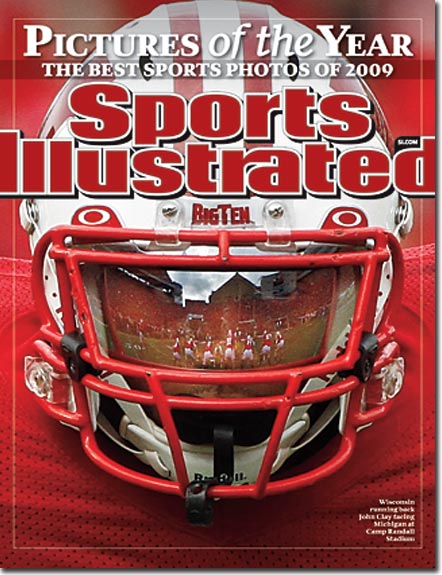 While to some extent this should be self-evident, I wanted to take a second as the conference begins its bowl slate to express just what's at stake when No. 24 Wisconsin lines up against No. 15 Miami.  Although there's some debate as to which bowls actually affect a league's reputation (e.g. BCS & non-BCS, or just BCS), it's common knowledge that a modern conference lives and dies by its performance in the post-season.

Last year the Big 12's offenses were dynamite, and teams from Norman to Lubbock were fawned until they faced defenses with a pulse.  A reputation that took three months to build, collapsed in three games.

The Big Ten's reputation, on the other hand, has been eroding for the better part of a decade. Our league last had a winning bowl record in 2002, the same year Ohio State stunned No. 1 Miami in the Fiesta Bowl to win the national title.  Since then, the Big Ten is 15-28 in bowls, including 3-8 in Bowl Championship Series contests. The league has lost six BCS games in a row: five of them by an average of 20 points.

It's no surprise that a conference that was once the envy of athletic directors everywhere has sunk into an inexplicable funk.

But even in our darkest hour nationally, there's a silver lining.  To restore our rightful reputation as a premiere competitor we need only to win now.  The 132 games to date, and six sorry post-seasons mean nothing, compared to the opportunity we have over the next seven days to control our own destiny.

It won't be easy.  But in the immortal words of Woody Hayes, "Anything easy ain't worth a damn."

Tonight, in particular, stands out because the Badgers have the ability to set the tone for the conference.  We're not asking Madison to be anything it's not.  Just to play smart, physical football.  For linemen to dig in their heels and explode off the line.  To use their size advantage and brute strength to pry open gaps.  To give an extra push -- even when the ball-carrier is on the opposite side of the field.  To intimidate with a brute, bloody-knuckled ferocity.  To play with a sense of regional pride.  To smile on the sidelines.  To give no less than sixty minutes.

If the Badgers can do all those things I'll be pleased with the outcome no matter the score.  I ranked the Champs Sports Bowl as the second to most difficult for the conference, so I'm hardly counting on a win for the good guys.  Still, a victory tonight would be a major coup for the Midwest, and would almost certainly forecast good things to come in the Outback and Orange bowls.

Come 8:00 p.m. I'll be watching in earnest along with the rest of the faithful.  Tonight, we're all Badgers...