Share All sharing options for: The Rose Bowl Game: Final Thoughts and Prediction

I can't believe it, but it's finally time to shelf the speculation, and start playing.  Over the next 72 hours the Big Ten will represent itself in five bowls -- the outcome of which will seal our postseason fate.  I can't hide my satisfaction with the early returns.  Wisconsin upset a media darling, positively dominating every aspect of the game (save for perhaps a draw on special teams), while representatives of opposing conferences have looked less than impressive.

This reminds me a lot of last year where the Big 12 was a la mode coming into the bowls -- but had me second guessing its balance after a litany of lopsided losses.  Just three weeks ago, ESPN called the Pac 10 the best conference in college football because of its perceived depth.  Five bowl games in, two losses to the Mountain West, one close win against the MAC, and a shutout by the Big 12, and I don't even know if it's the best conference in the west -- but I'm not here to take cheap shots.

What I want to know, is what can we learn from what we've seen on the field so far -- and how that affects or doesn't affect Ohio State's impending showdown with Oregon in The Granddaddy of 'Em All.

I took an early look at the Rose Bowl Game, and previewed the matchups that matter.

We interviewed  an Oregon State blogger about the Ducks.

Here's a look at the series history between the squads.

And finally, a statistical survey of the defenses.

Two games in particular have stood out to me, and both are enough to make fans in the Pacific Time Zone wince.  I'm talking about BYU's blustery 44-20 beatdown of Oregon State in the Las Vegas Bowl, and Nebraska's perfect 33-0 route of Arizona in the Holiday Bowl.

Both Oregon State and Arizona played the Ducks in the last five weeks, and both gave Oregon everything it could handle.  I think the timing of these matchups is relevant, since they can't be couched under the "it was early in the season and we were still developing" label.  This was a mature Oregon team.  Post USC.  Firing on all cylinders.  There are a lot of other ways we can discredit the probative value of these results, but timing isn't one of them.

Against the Wildcats, the Ducks surrendered 441 yards of offense and 41 points, before a double-overtime Masoli comeback capped the win.  In the Civil War against the Beavers, the Ducks gave up 389 yards and 33 points, before again, coming from behind in the third quarter to escape with the win.  Make no mistake: escape was what the Ducks did against both Arizona and Oregon State.

Now, if you're a Buckeye fan and a believer in the transitive property of sports, you've got to be feeling good about the recent turn of events.  In the face of a modest amount of defensive heat, Pac 10 offenses have melted like candle-wax.  If Ohio State's D-Line gets pressure like BYU's or Nebraska's, Oregon might be in for the longest four quarters in the history of its program.

But let's be honest: truth functional conditionals and the comparisons we try to make using them, are marginally useful at best, and completely misleading at worst.  For the same reason we can't say Oregon beat Purdue and USC who both beat Ohio State, so the Ducks will beat the Buckeyes, we can't use the results of the BYU and Nebraska games as definitive evidence that defensive kills the Pacific 10.

There are a lot of variables that have to be accounted for to rationally make a comparison between two unrelated contests.  First and foremost, what's was at stake?  Against Oregon, both Arizona and Oregon State were playing for the Rose Bowl.  Literally.  The energy and enthusiasm they brought to those matchups cannot be overstated.  In the Holiday and Las Vegas Bowls, by contrast, they were playing second-fiddle. 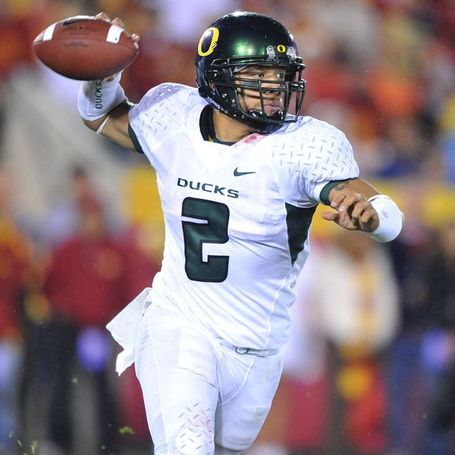 I've spent a lot of time on this site opining about the psychology of college football, and it's well-accepted that when it comes to bowls, the team that wants to be there more usually wins.  It the Las Vegas Bowl that would be BYU.  In the Holday Bowl it's a push, but I'll give the advantage to Nebraska, since (as Ndamukong Suh said after the blowout, "We didn't feel like they respected us.").

In the Rose Bowl, I think it's dead-even.  Ohio State again steps into the ring to avenge three consecutive BCS defeats to elite competition.  Oregon is representing its conference as champion for the first time since 1994.  Both teams have a lot to gain, and a lot to lose -- although it's in that last category that I think the scarlet slightly distinguishes itself.

I think it's fair to say that the results we've seen so far suggest that Pac 10 offenses are negatively affected by defenses with a size advantage.  Is that a death knell for the Ducks?  No.  It just means that Oregon will likely be less productive than it's been in past outings.  That shouldn't come as much of a surprise.  On the other hand, all Oregon needs to do to win is corral Ohio State's run game -- and force an injured, and psychologically embattled Terrelle Pryor to beat them with his arm.

Can he do it?  Probably not. 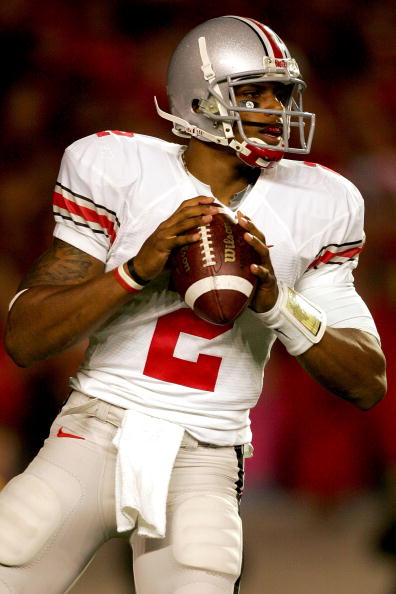 That being said, if Ohio State can blow open holes at the line of scrimmage, and establish the run (a la Wisconsin) they'll move the ball effectively.  I'm bullish about our ability to physically overpower Oregon's defense, if we can win the aforementioned battle.  When Justin Boren pulls across the line to set up a block for a Dave-style dive, Brewster better be in position to contain the open defensive tackle.  If he's not fast enough, we'll watch Herron and Saine get snared in the backfield time and time again.

Pryor needs to be a factor, although not a huge one.  I expect he'll need to make an occasional sharp completion to tight ends and receivers in the flat.  Other than that, if he can avoid getting flustered and making mistakes, he'll keep us in the game.

On the other side of the ball, our defense needs to play the best assignment football of their lives.  Like safety Kurt Coleman said at media day: Ohio State defenders won't always know where the ball is -- they just need to stay on their assigned man, and once it's clear he doesn't have the ball, help out their teammates.  I suspect that the Buckeyes will get some good pressure early on Masoli.  Hopefully, the physicality of our front seven will take the Ducks out of their element.

Lastly, this game will come down to conditioning.  Oregon is going to run a lot of plays, and prevent easy substitutions.  If Jim Heacock is struggling to relay calls, and Ohio State defenders are gasping for air, and getting set late, we're going to be at an extreme disadvantage.  On the other hand, if the staff has done its job and our guys are ready to run, we should see a good, hard-fought contest.  Ultimately, I believe in our defense.