Somebody in another thread floated that trial balloon, and my initial reaction was no. 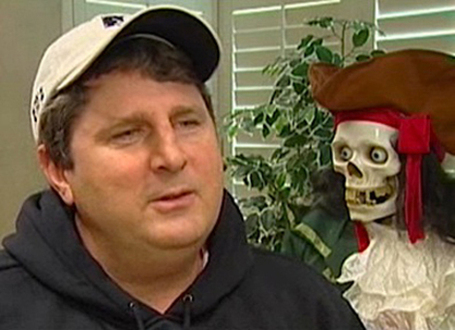 But after watching that egg the Gophers just got done laying in Tempe, do it. Something needs to be done, because Minnesota football needs a shock to the system.

I grew up in Minnesota, and I could never embrace Gopher football. They were either terrible, disappointing, or terribly disappointing. I never thought much of Glen Mason; he politicked too hard to get the Ohio State job when Coop got fired, and I think he always seemed to view the Gopher job as a consolation prize.

I initially liked the enthusiasm and high goals that Tim Brewster brought to the program, but local columnists made fun of him for daring to dream big. After a decent recruiting class and a new stadium, I thought Gopher football (a program that has more national championships in the Big 10 other than OSU and Michigan, BTW) was on their way to a renaissance.

But no. Same old Gopher football.

Shake up the conference. Bring in Mike Leach.