Share All sharing options for: Week 14 in the Non-Con: What I Want

We have favorites and we have loyalties, but if the Big Ten is going to climb out the national perception doldrums, we're going to have to do it together.  That means that we have to all be pulling in the same direction. Here's what I want to see from each Big Ten team in their non-conference battles this week. These columns started before the conference season and go on after the conference season...

Make sure to go back and submit your picks for Week 14 of the Obligatory Predictions Contest. Weekly winners get a chance to write 500 words on the site.

The Bulldogs are no pushover.  They gave the Badgers all they could handle each of the past two years and have won six of their last seven games (it should be noted that their games against Wisconsin, Boise State, and Cincinnati all predated this run).  This is not the best Bulldog team of the decade, but it's good enough to beat an Illini squad that doesn't show up.  Zook better turn the intensity knob all the way to 11 for this one.

Part two of this Big Ten-WAC Challenge sees the Badgers traveling to Hawaii for a vacation and a football game.  If they are too focussed on the former, the likelihood of losing the latter increases by a factor of ten.  This is not a good Hawaii squad, but with some home-cooking (the refs are notorious for home town calls in Aloha Stadium), they can pull an upset.  They did it last week against a superior Navy squad.  Wisconsin should win, but they better not pick up any random Tiki idols... 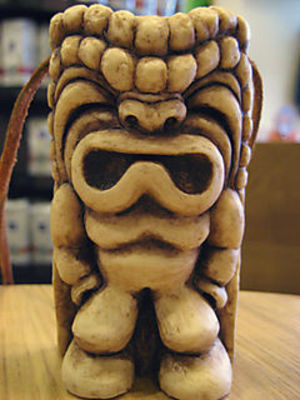 Hopefully John Clay returns the idol to its proper resting place in the cave before kickoff.

I want Illinois to play with the offensive intensity that they showed against Cincinnati.  I want Wisconsin to not get flustered when the refs try to screw them.

I expect that we'll end with two wins and a .750 non-con winning percentage.

The Big Ten is 31-11 (.738) out of conference.  The league is 5-9 against BCS Conference teams (plus Notre Dame). The league has two losses to non-BCS teams (Northern Illinois over Purdue and Central Michigan over Michigan State).