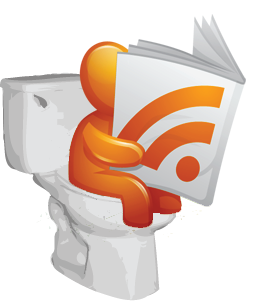 It's always useful at the beginning of a new week to conduct a web-wide survey of all things attention-grabbing in conference.  Here is this week's edition of the bathroom Bible.