A Preview of Signing Day in the Big 10: Decisions You Should Be Watching

Share All sharing options for: A Preview of Signing Day in the Big 10: Decisions You Should Be Watching

National Signing Day can be exciting (read: Terrelle Pryor choosing Scarlet and Gray) or barely worthy of acclaim. I mean, sure you heard that a cute girl is moving to your town, but you won't actually see her until school starts in the fall. Nonetheless, a couple of big time high school football players are undecided if they will choose heat over cold, SEC over Big 10, Urban over Joe. So here's a preview of Signing Day - stories to watch, players to pay attention to, classes that may fluctuate wildly.

Michigan, Michigan State, Ohio State, Penn State (at 26)...Here is Rival's Top 25 classes, with 3-5 star recruits. Don't think this is all meaningless either - a deep recruiting class has benefited both Michigan schools considerably. Michigan has proven that it still has national relevance with recruits from all over the country while Michigan State is making a push for national recognition with its top 15 class. 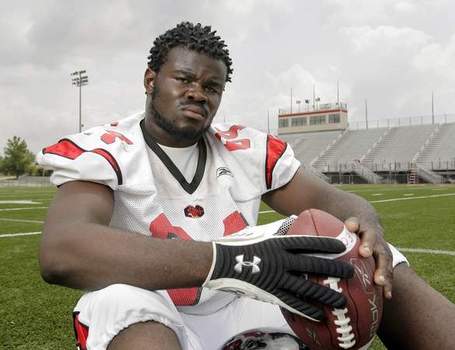 Some of the best players in the nation will be putting the hat on, ala Kevin Hart, and may even be taking their services to a campus near you. Here is Rival's list of undecided recruits - Jelani Jenkins is the most well known undecided, with many believing this 5 star linebacker will follow in the shoes of Lavar Arrington and Dan Connor to play for JoePa at Linebacker U.

Obviously a great recruiting class cannot be a sole reason for a teams success. But I would say some positive effects of a Top 25 class are: