Forgive me, but in the wake of the Cavs' Game 1 loss, I'm not feeling poetic.  Last fall, I did a "Name that Offense" series, anonymously chronicling the engines of the Big Ten.  Tonight, I'd like to carry on that nameless tradition.

For the next several weeks, we'll pick apart each offense in the conference, one-by-one.  After laying out a slush pile of statistics and semantics, I'll ask you, faithful readers, to identify the phantom offense.

Mystery Offense No. 1: Make no mistake about it, when this team throws, the ball is going to the tight ends.  A new offensive coordinator, sees a high-flying future in two tight end sets, like this one: 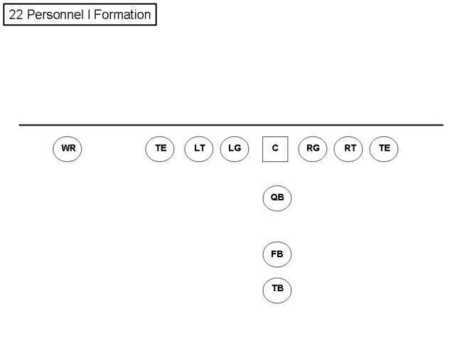 It won't be instant vaporization.  The loss of a quarterback, and the three best receivers from 2008 force this offense to pin its hopes on up and comings.  At the top of the depth chart is a fifth year senior who is there by default -- a double-threat who is looking to develop arm strength after a shoulder injury stunted his growth last fall.

Receiver positions are limited, speedy, and skill less.  Coaches planted at least one defense back to supplement a returning Junior and Senior out wide.  Two of this team's five best incoming recruits are wide receivers, so don't expect this depth chart to solidify until the freshmen arrive on campus.

To balance its passing proclivities, this offense must replace a running back that totaled 1,131 yards last year.  The answer: a sophomore, rising out of the ashes of injury to shoulder the weight of an offense that ran the ball an average of 32 times a game in 2008.

Yet, there's light at the end of the tunnel.  The linemen are experienced, with four returning starters complimented by a split position guard that saw the field in the final seven games in 2008.  More importantly, they're healthy.

Okay, you tell me.  Who is this mystery offense?

More self-effulgence when Last Call returns to the barstool...