Northwestern's Athletic Department describes him as a "solid runner with a strong throwing arm," that gives the Wildcats a "one-two punch at quarterback"  I've previously written that Kafka is a "human pinball."  But can Bacher's backup step it up?  Let's take a look under the hood. 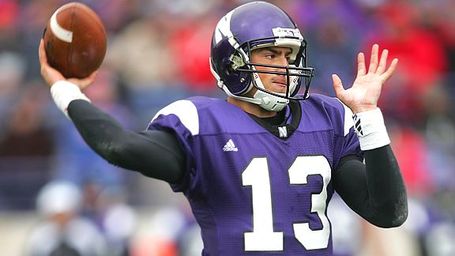