So I just enjoyed a drink and a smoke at the fabulous Chateau Marmont, in West Hollywood.  When in the City of Angels TRE recommends rolling up your sleeves, cutting into an El Rey Del Mundo, and slipping into a chaise lounge chair in the garden after dusk.  As Harry Cohn, founder of Columbia Pictures once said, "If you must get in trouble, do it at the Chateau Marmont."

Every year I look forward to the day the CFB preview magagines hit the stands.  (I imagine you do also).  The other night, I stopped at a drugstore on Vermont Avenue to pick up a copy of Sporting News College Football '09, the self-proclaimed "No. 1 Source," for pre-season previews.  Sure, it's a bummer having to buy the So Cal region cover -- blown out with a picture of (USC Safety) Taylor Mays and the caption "A-MAYS-ING," but I took my copy over to a back booth in a neighborhood bar, and scanned it cover-to-cover. 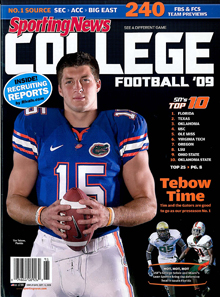 It's not the region I bought, but you get the idea.

As I flipped through the extra glossy pages I was surprised at the number of simple errors spread across the previews.  This might be the Journal editor in me coming out, but the guide really has an unacceptable number of typographical slips.

While, technically that's true -- I think they meant to say, "at the hands of LSU in the 08' BCS title game."  (It worries me just a bit when the person writing a preview doesn't remember more than thirteen games back).

Someone also messed up on the graphics in the "Order Your Favorite Cover Now!" advertisement on page 96.  Amongst the Northeast, Deep South, and Plains regions are two covers captioned "Region Name," as in, "Insert region name here."  Whoops.

Big Ten Superlatives.  In its "Rating the Players," section Sporting News rates the conference's best.  Here's their list, side by side with my own:

Hottest Wife: Lane Kiffin, Tennessee (Sorry, I had to go out of conference on this one). 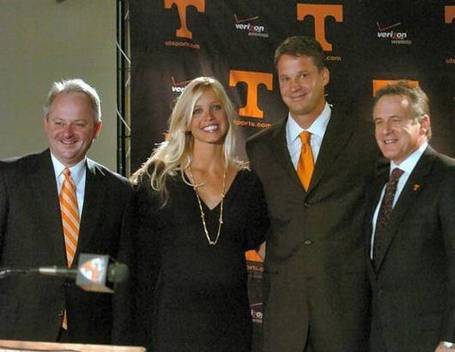 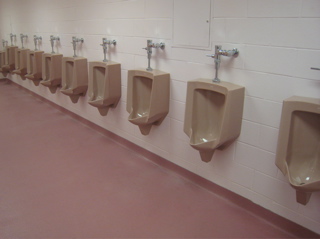 More effulgence when Last Call returns to the barstool...