Share All sharing options for: The Rivalry's Guide to Beating Ohio State

FOR ALL YOU BIG 10 COACHES: TIRED OF GETTING BLOWN OUT IN COLUMBUS? TIRED OF BEING STIFF-ARMED BY ANOTHER 5 STAR BUCKEYE RECRUIT? TIRED OF WATCHING JIM TRESSEL SMILE AND TALK ABOUT HOW YOU "PLAYED HARD" AFTER HIS TEAM MERCY KILLED YOURS BY FOUR TOUCHDOWNS?

Then read this article, written by THE RIVALRY ESQ, and maybe you can keep it competitive against the Scarlet and Gray this year!

Because frankly, the Buck's have been dominant ever since Tressel's system got rolling during the national championship season in '02. Boasting a 47-9 in-conference record and five conference titles (shared and solo), it's been quite a bitch to play OSU lately. [ed note: PSU fans, I know you smashed them last year, that was a helpful learning tool for making this list.] 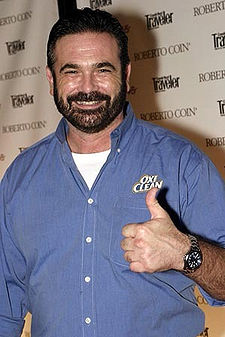 So what should your team be doing to prepare for a trip into Columbus or a visit from the Buckeyes? I compiled a general list of concepts...

But, just like Penn State proved in 2008, the devastating running attack can be stopped. Two basic ideas:

The running game was held to 90 ypg in the Buckeye's nine in-conference losses since 2002, a telling statistic. The ability to slow the run will make Pryor have to look downfield, a preferable option to being pounded by the relentless rushing attack. And there is no Michael Jenkins or Santonio Holmes on the 2009 roster, a downfield threat you absolutely must account for.

Mix Up Your Offense and Generally Avoid Downfield Throws

Your not going to score a lot on the Bucks during Big 10 play. From 2005-2007, the Buck's allowed the least ppg each year in-conference, using a "bend but don't break" scheme featuring four down linemen, NFL caliber linebackers, and some talented defensive backs. No one has really had sustained success against this defense, but it certainly helps to do the following:

Pray for Inopportune, Game Changing Turnovers...Or Cause Them

Troy Smith's headstand sack/fumble, TP's '08 fumble, Boeckman's three picks against Illinois. See a pattern here? There's a big, season altering distinction between giving Ohio State trouble (Wisconsin, 2008) and finishing the job (Penn State, 2008). Case in point - When Pryor ran in for the game winning touchdown against the Badgers, the previously solid UW defense was out of position and disorganized. When Pryor had the ball popped out while scrambling on third and one against PSU, Mark Rubin was broke down in position to make a play.

Here is BSD telling you OSU is overrated...