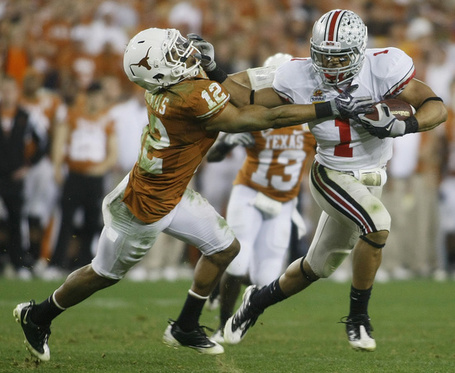 Anytime you lose a perennial 1,110 yards plus back, there's big shoes to fill.  Chalk on the responsibility of cementing a young, and hauntingly predictable offense, and elite expectations, and you've got a load to carry.  Has Ohio State's Daniel "Boom" Herron bitten off more than he can chew?  Let's take a trip into the film room.