I am not a Big 10 homer. I will not recite statistics ad nauseam about how Big 10 football is somehow "better" than other conferences. I am not particularly worried about how the Big 10 stacks up against other conferences, only to the effect that I would like Big 10 success so I can continue to watch quality football. Frankly, I just really love drinking a beer every fall and watching some solid matchups between storied Midwestern programs...and Indiana. So if you can, take this as a non-comprehensive list of things that would make my (and possibly your) Big 10 football viewing experience even more grand than usual in 2009.

Because if Big 10 teams fail to do this, things could get ugly early. I sort of jumped on the "Wow...all those MAC losses are piling up to look pretty damn ugly" bandwagon last year. Truthfully though, an 11-4 record (with two of those losses coming from Indiana and the "transitioning" RichRod team picking up another) really wasn't cause for much concern. But this year, two of the MAC's heavy hitters (Central, Western) feature veteran quarterbacks and explosive offenses. Both of these teams play key early games against Big 10 teams with inexperienced signalcallers. Check out the following:

The Central game is taking on a life of its own in Mid-Michigan, as memories of the 1992-93 upsets spur Chippewa fans into thinking about repeating the feat. The Western opener will be a quick litmus test on RichRods Spread in year 2 and the effectiveness of new d-co Greg Robinson versus one of the best quarterbacks in the country, Tim Hiller. The MAC will never be confused with the Mountain West, but these are far from favorable matchups for any of the Big 10 schools involved. (As a side note, hopefully a new coach and a couple years of losing will trigger some kind of rebirth in Oxford for my Redhawks...)

And everyone else does too. Even Buckeye fans. Law Buck, although upset after the PSU loss last year, was so enamored by the hitting and intensity of the game that he sort of shrugged his shoulders and went  on his merry way. In 2007, Juice Williams led one of the most memorable drives of the decade to beat OSU, a glorious 9 minutes of option run smash mouth football. This years Buckeye schedule features a couple teams capable of granting my request, most noticeably the November dates with Iowa and Penn State.

11 Warriors acknowledged that yes, everyone knows how to beat Ohio State (stop the run, diversify your offensive scheme). But hell, with a 47-9 conference record since 2002, it takes a lot to accomplish this goal. So thank you '08 Penn State for creating an OSU beatdown memory and let's hope for another one.

#9 - I want another year of heartwarming puff pieces ala Shonn Greene '08.

Last year's preseason hyped stories mostly fell flat. Javon Ringer's Heisman hopes were dashed early, OSU got murdered in SoCal...and then the hook we at The Rivalry were hanging our hat on for mucho hits (PSU in the MNC game) got knocked down when the Spread HD popped its loss cherry against Iowa... 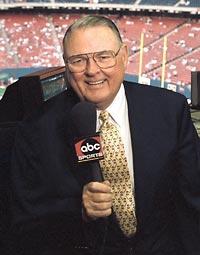 So what story never let us down? My man Shonn Greene. Hold on, let me start my "Keith Jackson from the Gatorade commercials" voice..."After a year away from football moving furniture, this rugged bulldozer known as Shonn Greene has taken the Big 10 by storm, busting highlight reel runs and thrusting himself into the Heisman race." I love those stories. Who's going to be the guy this year? Who will be the BMOC? Early contenders:

- Pat Fitzgerald...Probably 6-0 starting out, if they pull out some big wins against MSU or Iowa, a possible top 20 ranking...the campus hero, leading his inspired troops to victory

- Minnesota fans...Finally freed from the confines of the Dome, they witness big wins over Greg Paulus and California on their way to avenge last years blowout from hated Iowa...maybe some video of the bathroom stall sexscapade of Iowa fans, followed by interviews on the burgeoning rivalry between the Gophers and Hawkeyes

- Juice Williams...2008 was so disappointing, this is where he brings winning ways back to Champaign-Urbana...shouldered the blame for '08, now has improved and wants to lead the Illini...will need some video of Zook calling him a soldier, a warrior, a real team player and saying he loves him like a brother...

Stay tuned for parts 2 and 3...feel free to leave suggestions for things you want to see...