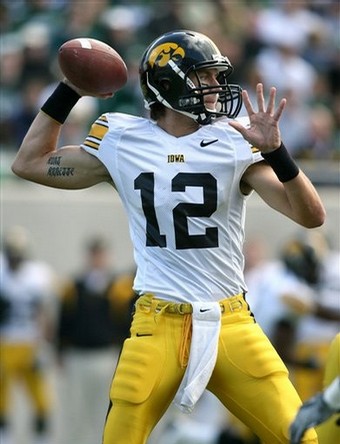 Everyone outside of Iowa City remembers Stanzi for last November's 171 yard upset performance against (then) No. 3 Penn State, and a similarly solid showing in an Outback bowl route of South Carolina.  How does his form stack up against the rest of the conference?

[Editor's Note: I used practice film from 2009 as well as actual live game footage to complete this evaluation.]