Like so many dual-threat contenders, after showing enormous potential early on his career, Juice Williams has digressed -- failing to develop his arm at the same pace as his legs.  As a result the Illini saw the effectiveness of a vibrant spread option that led them to the Rose Bowl in 2007, plateau in 2008.

Although Williams did slightly increase his completion percentage during that time, he also threw 25% more interceptions -- disrupting budding drives.  To truly reach his potential in his final season at the helm, Juice needs to get back to basics. 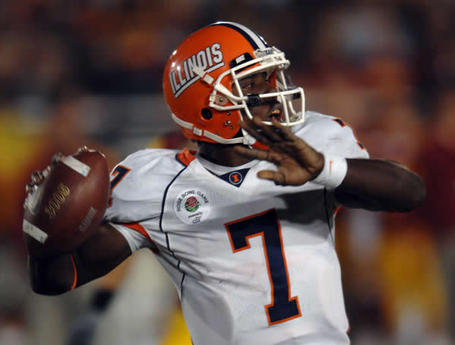