I got in a little blog tiff last year when the Golden Gopher Football blog called my quarterback rankings a joke and I called his argument weak. But after Mom put a bandaid on our scraped knees and stopped us from sniffling with some Eggo's, we seemed to agreed that QB rankings can be quite 1) arbitrary and 2) illusory. No quarterback shows this dynamic more than Adam Weber, the soon to be third year starter for the University of Minnesota Golden Gophers. He throws a pretty slant, but when pressured in the later stages of 2008, showed a propensity for heaving the ball into coverage. 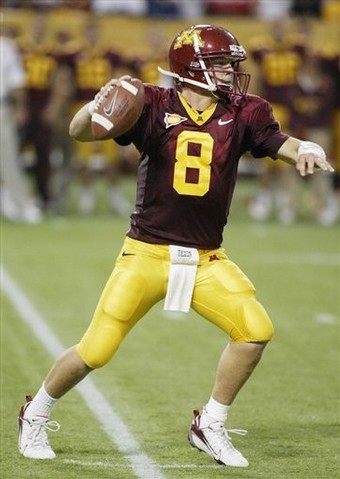