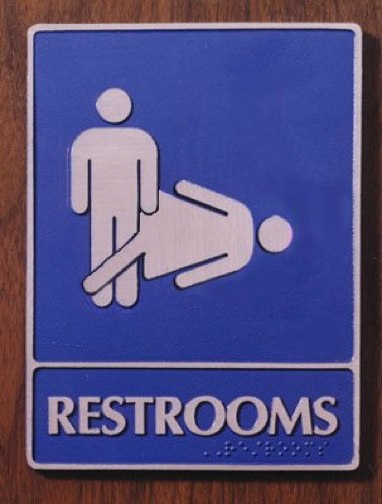 That's how we do it in Big Ten Country.  On the eve of Minnesota's last game in the Metrodome -- a 55-0 pounding by Iowa -- two fans took the time to consummate the occasion.  The Minneapolis Star Tribune describes it best:

While the Iowa Hawkeyes were scoring at will on the field Saturday night, two fans from the Hawkeye State were scoring elsewhere in the Metrodome.

Police say a man and woman were "having relations" in a bathroom stall as a crowd cheered them on.

Ross M. Walsh, 26, of Linden, Iowa, and Lois K. Feldman, 38, of Carroll, Iowa, were cited for misdemeanor indecent conduct. Walsh was released to his girlfriend and Feldman to her husband, police said.

A security guard came upon the scene in the handicapped stall, police said. Police were summoned, and they separated the two.

Thanks, Chuck.  I wondered about that.

I don't know who I'm more concerned about here, the couple themselves, or the bystanders cheering them on 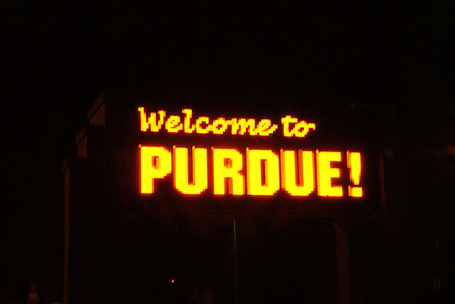 It's time to light a fire.  This freight train of slogan, chanted before kickoff to the beat of locomotive whistle is how Purdue fans get pumped up. 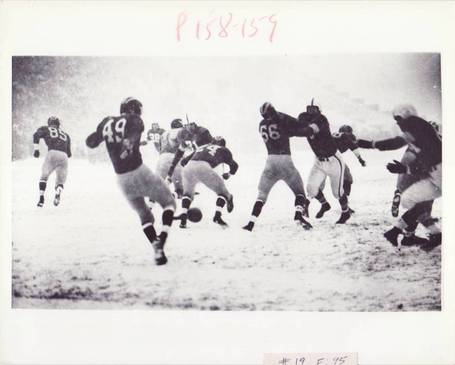 November 25th, 1950 is a date forever enveloped in the myth and mystery of the greatest rivalry in all of sports.  That's the day the Men of the Scarlet and Grey suited up to take on Michigan's Wolverines in the most unfriendly of conditions.  As the Ohio State University archives describe:

The game was played in the teeth of a full-scale blizzard, five inches of snow on the ground and snow whistling through the air, borne on a 29-mile-per-hour gale.  Despite the fact it was the worst blizzard in 37 years in Columbus, the Ohio capital easily defended its title as the football craziest town in the nation.  A total of 50,503 persons braved the elements, staying below deck, under the Stadium, until just a few minutes before the kickoff.

Michigan won the game, 9-3, despite never earning a first down and failing on all nine pass attempts. The teams punted 45 times, sometimes on first down.

Everyone over 70 in Columbus claims to have been there.  Everyone under 70 wishes they had been.