Why You Should Care About Big Ten Football Media Days

Share All sharing options for: Why You Should Care About Big Ten Football Media Days 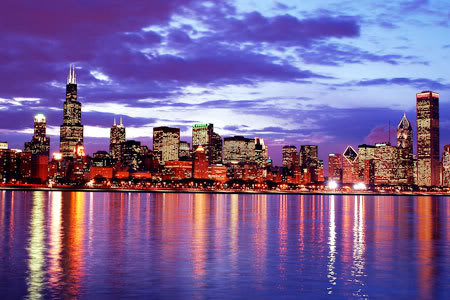 As Adam Rittenberg opined in his "Big Ten Media Days Primer," there's a lot of unanswered questions heading into Monday and Tuesday's lake shore summit.  But you've been through this drill before -- two days of white tablecloths and microphone pop screens produces a lame symphony of soundbites, and no soul.

Why you ask?  Because everybody states the obvious.  Jim Tressel isn't going to stumble up on stage with a sweaty forehead, gulp down a half bottled water, and say, "Alright -- here's the deal.  We got a few new things that we probably won't try until the bowl.  (Mike) Adams has been a huge friggin' disappointment.  And come September 12th, our ass is grass."

Nor is Bret Bielema going to sheepishly grin, roll his pen between his fingertips, and admit, "This will probably be my last one of these.  Can I keep the pen?"

When the BTN cameras roll monday, and the room quiets down below a droning purr of shutter blades, every coach will sit in suit and tie, and be an authentic master of restraint.  Mr. Jim Delany, ringmaster extraordinaire, will chuckle the first time someone lays out a zinger about the BCS.  He'll furror his brow and nod respectfully, when asked about conference expansion.  Later, he'll pull out his stump stovetop analogy.  "It's on the backburner," he'll say -- failing to mention that the only thing on the front burner is a pilot light and a stack of $100 greenbacks.

In fact, the only adult who will give us something to look forward to is good ol' Joe Pa, who, after someone lays out a nice soft lob over the middle will knock the expansion question out of the park, with the impatient whine of a Brooklyn-native.

So, why should you care?

Well, first of all -- there's the players.  Sure, most will be seniors on their best behavior, but these guys look forward to the trip, and the chance to set the tone for the upcoming camp.

Then there's the kickoff luncheon, what one source calls "the largest and most exciting celebration of college football in the country."  Former coaches.  Heisman trophy winners.  Sponsors.  It's a venerable whos-who in the Midwest.  This year, 1,700 are slated to attend.

Then there are the surprises.  Juice Williams admits he's got a lot to prove.  Stevie Brown airs his anxiousness to get past 2008.  Sean Lee promises last year wasn't a fluke.

But more than all of that is what the event symbolizes.  This, friends, is the official start of 2009.  With just over a month until the sweet crunch of pads it's our duty and invitation to speculate.

So join us, as we get ready to usher in the beautiful exuberance of fall.  It's gonna be great.