Ten Bucks Says It's Lane Kiffin or, The Psychology of Denial

Share All sharing options for: Ten Bucks Says It's Lane Kiffin or, The Psychology of Denial 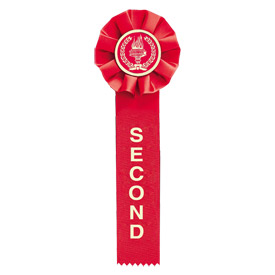 It's not often here that we wade into subjects south of the Mason-Dixon, but this one is just too good to resist.  As ESPN reports, the controversy swallowing SEC Media Days isn't what any particular coach has said.  It's what one coach didn't say.

At least one of the eleven eligible leader's didn't put Tim Tebow at the top of his ballot for First Team All Conference Quarterback, leading to a cold-blooded round of whodunit.

My reaction, who cares?  To the extent rankings are subjective valuations of an inherently distinct universe of characteristics, it's no surprise that reasonable minds can disagree.  Maybe our mystery man felt that while Tebow may be the greatest captain, leader, and ambassador the sport has ever known, he's not prolific enough in the passing department to qualify for first-team honors.  Or better yet, maybe our coach voted another player in the top spot as a courtesy to what he perceived as an improved and under-recognized signal-caller.  (I have one more theory on this which I'll get to in a second).

What's particularly interesting here is the way in which coach after coach has denied being the culprit.  ESPN's Pat Forde predicts that after today's sessions, all eleven eligible coaches will be on record proclaiming their innocence.  That would mean one of them is lying.

And here's the thing: can you really blame them?  What felt to a coach like a harmless gesture a month ago when he filled out the form in 22 seconds while walking down the hallway in between unit meetings is suddenly sacrilegious slander -- bulletin board material of the most dangerous sort.

So what do you do?  Admit your mistake and throw yourself (and your team) into the wolves den?  Or, hide behind an anonymous entry -- and let blame be shared by the panel?

Before you give me a lecture about ethics and transparency remember, some things are easier said than done.

Then again, maybe I'm looking at this the wrong way.  Maybe it's just another stunt by the master of podium pissing contests.  Lane Kiffin, please claim your prize.