Share All sharing options for: 80 Reasons to Love the Big Ten - No. 21 - Thumbs Go Up and Down

Maybe you know him from Ebert & Roeper at the Movies.  Maybe you're old enough to remember Siskel and Ebert.  Maybe you first found him as a writer before he found the television screen.  Regardless, at some point you were exposed to the quick wit and critical wisdom of 1964 University of Illinois graduate Roger Ebert. 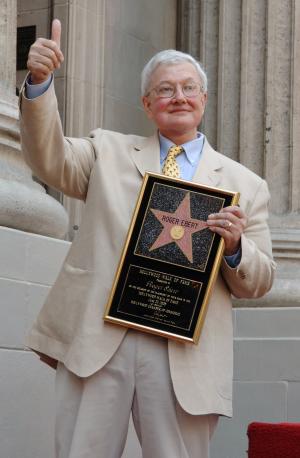 When he and Gene Siskel started their movie review show on Chicago Public Television in 1975, it quickly became a hit.  Why?  Because Siskel and Ebert had the innate ability to see movies as fans and ticket-buyers did.  Yes, the art mattered.  But Ebert was the first to really bring home the point that being pretentious didn't equal being good and that being common didn't equal mundane.  His reviews, often dry and sarcastic, gave voice to the audience.  He called a good movie good.  He called a bad movie bad.

Thyroid Cancer and complications (including the removal of part of his jaw) cost Ebert his physical voice. They ended his run on television.  They have not cost him his mastery of words, about films or other matters.  Anyone who writes should read these three critical essays - one about an actor/movie, one about a writer, and one about a television personality.   There are few knives that can carve as well as his pen.  His writings for the Chicago Sun-Times are still treasures.