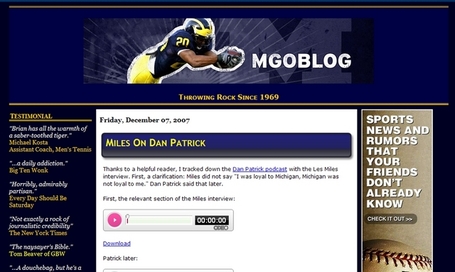 We'd be remiss if we didn't devote a spot on our list to one of the great Patriarchs of the sports blogging universe.  Brian at MGoBlog is a virtual pioneer of alternative social media.  Infamous for employing a rogue lexicon of inside-jokes (e.g. "unverified veracity), Brian is founder of the Blogpoll, and pilots one of the most heavily trafficked college football sites on the planet (22 million visitors to date).  He's one of the lucky few who gets to quit his day job, and has been featured in the New York Times.  As they said, "Not exactly a rock of journalistic credibility." 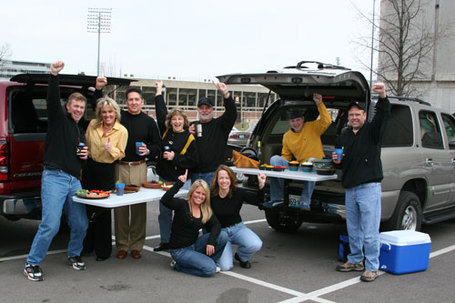 While there a few things like a mint julep outside Vaught-Hemingway stadium on an electric October night, we like to think our Midwest tailgates hold their own.  Legions of trailers and Pickups poll into stadium lots before the sun rises -- the smell of kerosene and onion dip grace the gravel beds as diehards see their breath, and fumble with matchbooks to signal pilot lights on personal stoves.

The smell of charcoal and warm beer stirs my soul.  At least one site ranks four Big Ten schools as among the top 10 in the nation (Wisconsin, Penn State, Michigan State, Michigan).  And, check out SI On Campus' report card. 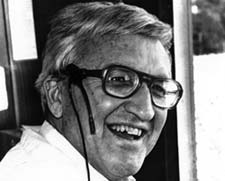 It's no surprise that "The name Bob Ufer is woven deep into the fabric of University of Michigan athletics."  As one site reports:

Bob Ufer, one of the University of Michigan's favorite sons, was the voice of U of M football for five decades. He thrilled us every Saturday afternoon in the Fall with his original play-by-play delivery of the great game played in the "Hole That Yost Dug", "Canham Carpeted", and "Schembechler Filled". He captivated us with his description of victory and defeat, and articulated the thrill and glory of the heritage of the Maize and Blue.

He became an institution because he was different than anybody else . . . an interesting thing about him is . . . he was genuine. The only broadcaster I ever knew that could make a three-yard spurt sound like a ninety-yard touchdown run.

We did a write-up on Bob last year. 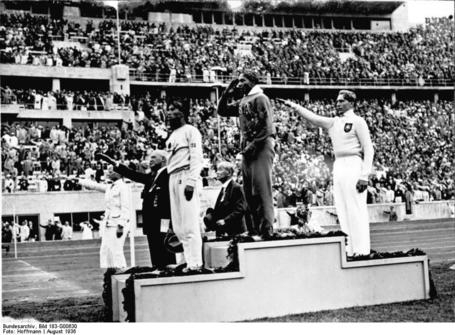 Known as the "Buckeye Bullet," Jesse Owens is an international symbol of triumph and perseverance.  As Wikipedia describes:

[His] record of four gold medals at the NCAA has only been equaled by Xavier Carter in 2006, although his many titles also included relay medals. However, while Owens was enjoying athletic success, he had to live off-campus with other African-American athletes. When he traveled with the team, Owens could either order carry out or eat at "black-only" restaurants. Likewise, he slept in "black-only" hotels.

But for Owens this was just the beginning.  Jesse represented the United States in the 1936 Summer Olympics.  He won four gold medals, much to the chagrin of Adolf Hitler.

[Hitler] was highly annoyed by the series of triumphs by the marvelous colored American runner... People whose antecedents came from the jungle were primitive, Hitler said with a shrug; their physiques were stronger than those of civilized whites and hence should be excluded from future games.

Owens stands as the greatest underdog in the history of modern sport. 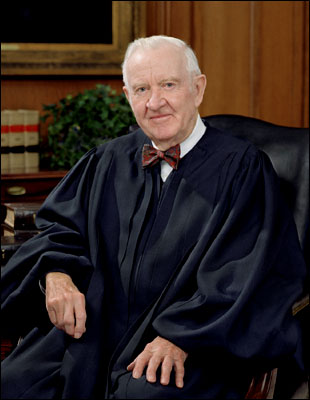 Seeing as how we law types run this show, we can't help but include two notable conference alumni who have served as justices on the Supreme Court of the United States: Justice John Paul Stevens, and Justice Arthur Goldberg.  Both are/were graduates of Northwestern University.