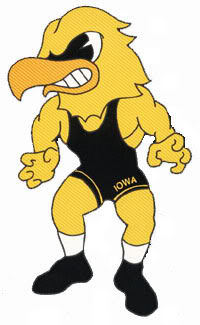 In the Spring of 1975, the Iowa Hawkeyes captured their first ever national championship in wrestling.  It would not be its last.  Not by a long shot.  Since 1975, the Hawkeyes have 22 of the 35 NCAA Team Championships.  No athletic team in any other D-1 sport has won as many titles in that time period.  This era of dominance has included two separate streaks: 9 NCAA championships in a row beginning in 1978 (and 11 of 12 going back to 1975) and 9 of 10 championships starting in 1991.

The program slipped a bit at the beginning of the decade after wrestling legend Dan Gable stepped down as head coach.  However, after winning back-to-back titles in 2008 & 2009, it's safe to say that all is right in the wrestling world. 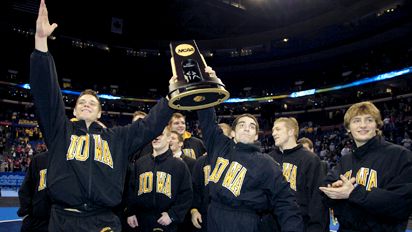 Yes, Minnesota has a proud wrestling tradition as well, including three national championships this decade. However, two Gophers have had a bigger impact in the world of Pro Wrestling (or 'Rasslin).  Brock Lesnar joined the University of Minnesota wrestling squad after two consecutive Junior College National Championships.  He won two Big Ten Titles and an NCAA Heavyweight championship.  Then he joined the WWE, where he held the WWE Championship on three separate occasions.  After a failed attempt at an NFL career, Lesnar moved on to Ultimate Fighting Championship work.  This year, he won the Heavyweight championship in UFC after a second round TKO of Randy Couture.  He also made some waves by choosing one watery beer over another. 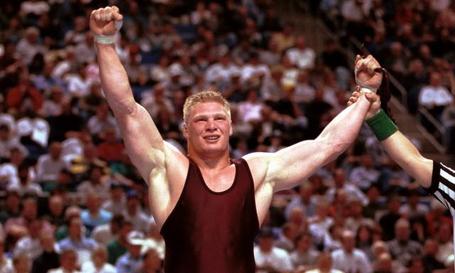 Decades before Lesnar graced the scene, Verne Gange wrestled as a Gopher.  Fresh off of a World War II stint in the Marines, Gagne won two NCAA championships for the Gophers.  Throughout the 1950s, Gagne won and lost various pro wrestling titles (the sport was still operated on a regional-based system).  In 1960, he started his own promotion, the American Wrestling Association and held the title for much of the '60s and '70s.  Always a "face," Gagne was known for his closing move, the sleeper hold. 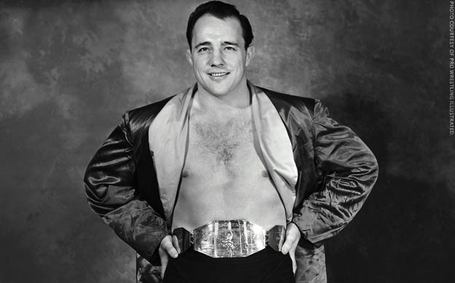 In the 1980s, Gagne signed and promoted a powerhouse wrestler by the name of Hulk Hogan.

Seeing Hogan as the company's top draw, Gagne did, however, let Hogan feud with Bockwinkel. Eventually, as noted on the 2006 Spectacular Legacy of AWA DVD, Gagne settled with making Hogan his champion after Hogan's feud with [then champion Nick] Bockwinkel ran its course in April 1983, but only under the condition that he would receive the bulk of the revenue Hogan made from both merchandise sales and his matches in Japan. Hogan refused. In late 1983, Hogan accepted an offer from Vincent K. McMahon to go to the WWF. Allegedly, Gagne offered The Iron Sheik $100,000 to break Hogan's leg during their World Title match, with the intention that he return to the AWA with the belt. Supposedly Sheik refused the offer and informed Hogan, the McMahons, and Pat Patterson about the planned double cross, and Hulkamania was born. However, Gagne claims the deal was never made. The Iron Sheik, however, still confirmed that Gagne did try to give him this bribe during an interview on the 2005 Greatest Superstars of the '80's WWE DVD.

What followed was a purge of stars from various territories and promotions, including Gagne's AWA, by Vince McMahon, who wished to take his WWF "national" and do away with the traditional territorial system that dominated the North American Pro Wrestling landscape for years. The AWA suffered perhaps the most damage, losing nearly every one of its top stars in the mid to late 1980s. By 1991, the damage had been done, and the AWA shut down, after 30 years.

You can still see some of the old AWA matches on ESPN Classic.