Football Outside of the Big Ten - The SEC

Share All sharing options for: Football Outside of the Big Ten - The SEC

From time to time, it's important to look outside the Big Ten and remind ourselves that there is football being played by other teams in other conferences.  The Rivalry, Esq. concludes its look at those other conferences with the biggest and baddest conference in all the land - the SEC.

There wasn't much real debate as to which conference was the best coming into the 2008 season.  There was less coming out.  Florida proved to be the best team in the land, Alabama showed it was able to stop any offense other than the Meyer/Whittingham spread, Ole Miss made waves as the hot upstart, and even under-achieving LSU and Georgia redeemed their seasons with strong bowl showings.  By the end of the year, only one question remained: Can the league do it again? 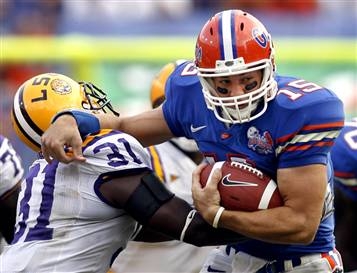 Have you heard of this guy?  He may be someone to watch...

The Florida Gators went 11-1 (7-1) and won the East Division.  They traveled to Atlanta where they met the 12-0 (8-0) Alabama Crimson Tide.  The Tide led coming into the 4th Quarter, but two Tebow-led TD drives secured the Gators a 31-20 win and second SEC title in three years.

Florida obliterated Miami and Florida State by a combined score of 71-18 to cement their status as alpha dog in the state.  Alabama started the season out with a huge thumping of Clemson (although in hindsight it doesn't seem to be as big of a deal).  Georgia and South Carolina lost their rivalry games against their in-state ACC foes.  Out of conference, the only truly bad loss was Tennessee's home loss to Wyoming - a team that couldn't even manage a winning record in a non-BCS league.  It cost Phil Fulmer a bowl game in his final season.

In conference, the highlight was Vanderbilt hosting Auburn (and Gameday for the first time) and coming away with a 14-13 victory.  The victory catapulted the Commodores to 5-0 and their highest chart position since Lionel Richie left. 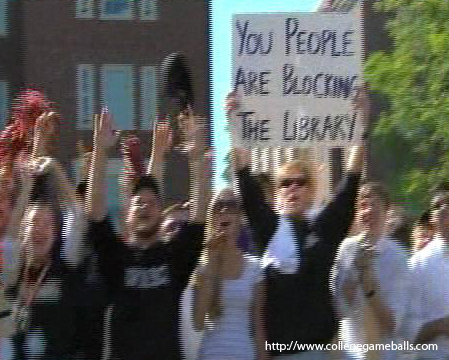 The low point of the season?  How about the 3-2 Auburn victory over Mississippi State?  It was brutal football to watch.

The leagues didn't cross paths in the regular season, so let's talk about the bowl games here.  In the Capital One Bowl, pre-season #1 Georgia held off Michigan State 24-12.  This of course was the SEC's 7th, 6th, 5th, 4th, 3rd, 2nd, first consecutive win over the Big Ten in the Capital One Bowl.  In fact, the Big Ten had won 4 straight coming into the January 1, 2009 contest.

In the Outback Bowl, Iowa jumped all over South Carolina, taking a 31-0 lead into the 4th Quarter.  The net result of these two games is that the SEC speed dominated the plodding Big Ten to the tune of a 1-1 split. 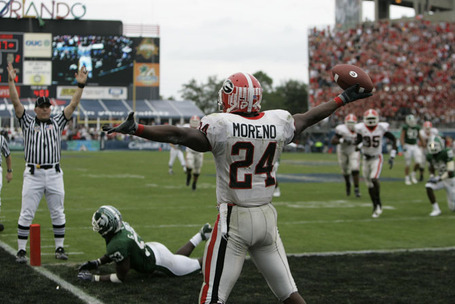 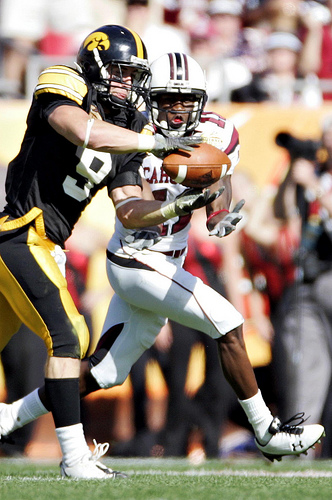 You may have heard...the MNC resides in the SEC.  Again.  Florida beat the Oklahoma Sooners 24-14 to secure their third national championship, and second in three years. 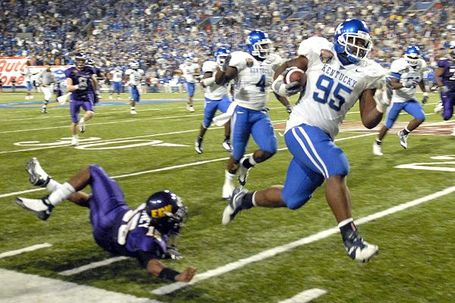 Aside from the previously discussed Outback Bowl, only Alabama lost their bowl game, dropping the Sugar Bowl to Utah 31-20.  All in all, a very good bowl season for a great conference.

A tip of the hat to Georgia for the testicular fortitude that they showed in their scheduling.  The trip to Atlanta is an every-other-year event.  Adding a home game with Arizona State and a game in Stillwater is bravery.  I know of no other BCS conference team that has scheduled so aggressively.  I hope that they succeed if only to highlight the cowardice of teams that can't even manage a single game against a BCS opponent (<cough> Texas, Wisconsin<cough>) or are so afraid of airplanes that they schedule four non-conference home games with only one BCS opponent (<cough> Florida, Penn State <cough, cough>).

There's nothing wrong with scheduling a cupcake.  I can accept two.  But there is no excuse for three or four.  If you are a fan of those schools, don't try to justify it.  Don't blame a school for dropping off the schedule.  Don't regurgitate some crap about dollars.  I know it's weak.  You know it's weak.  Accept that your team's athletic department showed a lack of faith in your football team.  And that's just sad.

None.  SEC teams do not traditionally head North to play football.  Vanderbilt and Kentucky (who many SEC fans don't really count as SEC Football teams) have been the exceptions.  This year, no one from the SEC will head to the Midwest.  The Big Ten teams won't go South until bowl season.

Same lineup as last season.  Although it hasn't all shaken out yet, it looks to be the same in 2010 too.  No reason to fix what is definitely not broken.

Meet the new boss.  Same as the old boss.  I think that Florida is 12-0 as they head to Atlanta and face 11-1 Alabama (who won the head-to-head tiebreaker over 11-1 Ole Miss) in the SEC Championship game.  I think that Alabama keeps it interesting until late in the 4th Quarter, when Florida wins by about 10 points.

I have Florida traveling to Pasadena for the MNC game with Texas.  The Sugar Bowl will have the first choice to replace Florida.  My guess is that they stay true to the conference and take 11-1 Ole Miss (who hasn't been to the Sugar Bowl since 1842) over 11-2 Alabama (who was there last year).  Alabama goes to the Capital One.  The Outback gets first choice from remaining SEC East teams, and takes Georgia.  The Cotton gets first remaining choice from the SEC West teams, and picks LSU.  The Chick-Fil-A (mmmmmmmmmm...) Bowl picks upstart Arkansas.  The Music City Bowl is ecstatic to finally get the Vols in Nashville.  Auburn heads to the Liberty Bowl.  Kentucky goes to Shreveport.  South Carolina, Vanderbilt and Mississippi State spend a long, mild winter thinking about next year. 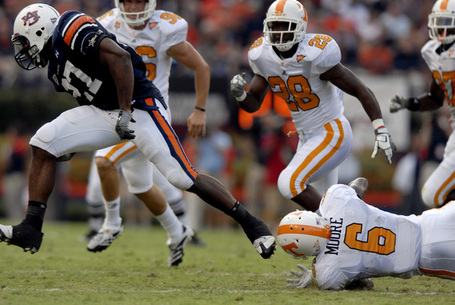 It won't take long for the Volunteers and Tigers to return to bowl games.

MNC Hopes?  We have Greatest Team of All-Time hopes alive in Gainesville.  Alabama, LSU, Ole Miss, and Georgia all harbor legitimate MNC hopes.  I could see Alabama making it before any of the other three.

This is a question posed to one of the site's founders that relates the conference at hand with the Big Ten.  Graham Filler wraps up our question and answer session...

How did the SEC become the best conference in college football?

TV. FSUncensored says TV pushed the SEC to the forefront of college football. I'm also inclined to believe it had a huge impact on America's perception of the SEC as the "best" conference. The ESPN night games showed passionate fan bases from storied programs playing hard hitting instant classics in primetime.

Titles. Every year, you can believe that Florida, Tennessee, Auburn, Georgia, Alabama, or LSU could field a national championship team. This is a valid belief - Florida and LSU have two titles this decade, Auburn had an undefeated season, UGA has three BCS appearances, 'Bama boasts an '08 BCS berth not to mention two top ranked recruiting classes, and Tennessee won the inaugural BCS title.

How will the Big Ten earn that distinction back?

Win the big games. Up in the Midwest, the Bucks, Wolverines, and Nittany Lions are the only teams to make serious runs at a BCS title game berth, and even the Wolverines haven't finished a season ranked in the Top 5 since their shared national title in 1997. I won't denigrate anyone's dedication to their Big Ten team, but this conference doesn't boast the biggest dogs in the fight anymore. We don't beat USC, we don't show up in BCS title games.