In Year Two of Bradford/Tebow/McCoy, easily changed to McTeford to save time, the Big Ten and the rest of the nation seems to be on the outside looking in. According to all the Playstation-like statistics put up last year, this is perfectly logical. But is it wrong to flat out say that no Big Ten player could win the Heisman Trophy?

As I happen to be in a giving and sympathetic mood today, here are the Big Ten players I could possibly imagine making waves in the Heisman race: Juice Williams, Arrelious Benn, Terrelle Pryor, Navarro Bowman, Daryll Clark, Jewel Hampton, Evan Royster, Greg Jones. Obviously most of these are longshots (um, defensive players?), but I wanted to plug them into my McTeford Heisman table to look at the possibilities anyways.

Defensive players won't even take a look inside the Heisman race without some spectacular plays and a highly ranked team, so Jones and Bowman are going to have a tough time here. As for Jewel Hampton, I read a rumor today suggesting he might redshirt because of injuries. Well, that can't be great, but Shonn Greene's miraculous 2008 year showed me that apparently it's possible for an Iowa RB to explode onto the national consciousness due to a talented offensive line and a smashmouth attitude. The two Illini's studs (who have their own Heisman website dontcha know) have little chance due to the rollercoaster ride that is Illinois football, but each player obviously holds great potential. 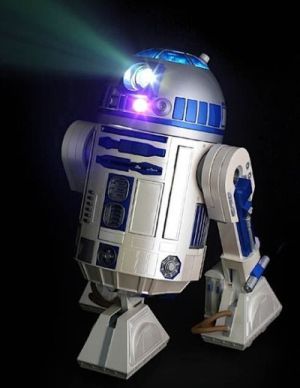 Help us Terrelle Pryor, you may be the Big Ten's only Heisman hope.

As for Clark, the cake schedule will hold potential for big stats. However, the Spread HD was incredibly balanced last year, so it seems a long shot that the Nittany Lions would become a one dimensional offense and thus push tons of yards and touchdowns toward Clark or Royster. Interestingly enough, Clarks outstanding 2008 season pales in comparison to Troy Smith's Heisman season of 2006, which in turn pales in comparison to McTeford's numbers from last year. So it's all relative.

That brings us to Him, or Terrelle Pryor. A weak receiving corp and unspectacular running backs will make Pryor's legs and arms the most important features of the Buckeye offense. This in turn will make him the focal point of any statistical wonders that come out of Columbus this year. So yeah, he's got the legs, the Vince Young comparison, and a much improved arm. He may be the Midwest's only contender.