We, The Rivalry, Esq. place before this college football court, the 2009 season of the Northwestern Wildcats.  This is a dangerous team that has made its bones by being over-looked, discounted, and under-appreciated.  I say to you, ladies and gentlemen of the college football jury, ENOUGH!  Let this court give them the fair assessment that they deserve. 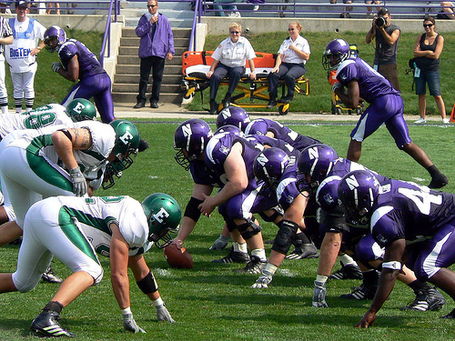 The 2008 Wildcats entered the season with little hype and low expectations.  As is their custon, they were better than anticipated.  Northwestern went 4-0 through an easy non-conference schedule and 5-3 in the Big Ten.  Their loss to Indiana was their only truly disappointing performance.

The 'Cats were rewarded with an Alamo Bowl berth, and they nearly stunned double-digit favored Missouri.  In the end, the Tigers won by a touchdown in overtime.

Evaluating the Mechanics of Kafka

That's right.  Stay away from that young coaching prodigy.  Don't bring up 60 years without a bowl win.  Forget about the losing streak.  Just leave them alone.

A. I Hate Northwestern

Maybe its because he's lived too long in the South, where hatred is a tangible commodity, but Bama Hawkeye has felt his hatred for Big Ten rivals boiling.  Here's why he hates Northwestern.

B. Why You Should Love Northwestern

Because nobody, and I mean nobody, does more with less.  Because there is no reason that they shouldn't be Duke, except that they found men who cared.  Because Pat Fitzgerald was a badass as a player and seems to be ridiculously cool as a coach.  Because they decided that there is nothing lovable about being a loser.  Because they're in the Big Ten. 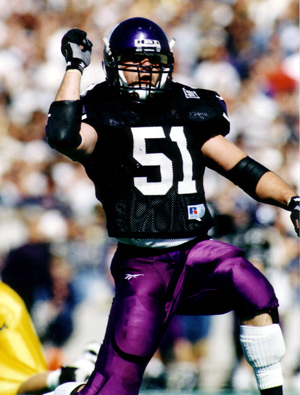 The Big Ten has nine bowl eligible teams by the end of the season.  Northwestern gets bypassed for the Motor City Bowl.  They don't complain. They get the spot reserved for Army in DC...

Words from an SBNation blogger on their team.  Since Northwestern doesn't have an SBNation blog, we turn to frequent commenter Chadnudj, who gave us this opinion about Coach Fitzgerald:

Pat Fitzgerald has the chance to be the "Purple Paterno," i.e. Northwestern’s version of JoePa. He’ll be doing up the El line from a football-crazy city in one of the top 3 media markets in the country, with tremendous exposure for his team/conference through the Big Ten Network/ESPN. He’s already increased/improved NU’s recruiting SIGNIFICANTLY in just 3 years.

Yes, it’s crazy, but you almost have to ask if Fitzgerald, of all coaches today, has the best shot at one day unseating (or making a run) at JoePa in terms of wins…..