[BamaHawkeye: UPDATED from last year's Minnesota piece, which was an update from Ohio State's 2009 piece...Here's to this being the last update]

From the desk of Big Ten Commissioner Jim Delaney...

I sense the hatred floating through the Big Ten this week. Our Wildcats are traveling to battle pious opposition, and our newest scarlet guard are strengthening our Western border. During a normal year, those two games create a buzz among the citizens. But this year is something different. This year...this week...we must all look to further West and focus our hatred there. This week, we shall begin to teach the fools who oppose us the consequences of their insurgency. Find your hatred...focus it...we must light the fuse of hatred. 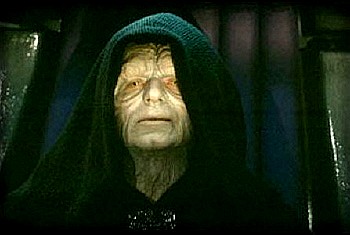 Jim Delaney addresses the media at a recent press conference.

We have followed the small rebel army deep into their own territory. Our (Off Tackle) Empire shall slay them in their own home. As the sun reaches its zenith near the Pacific Ocean, we shall wage our battle. I see the question in your eyes. Why must our hatred be so focused? Why must we destroy this band of rebels when there are more powerful settlements to our South? We must destroy these rebels because of the pain that they have inflicted upon us. We must destroy these rebels so that we may turn our attention to the South. Until this band of Trojan insurgents is defeated, we shall never have the opportunity to raid the Southern settlements. I feel your hatred growing. That is good.

Make sure to go back and submit your picks for Week 1 of the Obligatory Predictions Contest. Win the whole damn thing and win cool prizes.

the 11 point defeat of our Gophers in Minneapolis in September 2010.

the 3 point defeat of our Buckeyes in Columbus in September 2009.

the 32 point defeat of our Buckeyes in Los Angeles in September 2008.

the 32 point defeat of our Illini in the Rose Bowl in January 2008.

the 14 point defeat of our Wolverines in the Rose Bowl in January 2007.

the 14 point defeat of our Wolverines in the Rose Bowl in January 2004.

the 21 point defeat of our Hawkeyes in the Orange Bowl in January 2003.

the 10 point defeat of our Boilermakers in Los Angeles in August 1998.

the 52 point defeat of our Illini in September of 1996 in Champaign.

These insurgent Trojans have won eleven consecutive skirmishes against our Empire. They must be stopped before they win a twelfth. It is apparent to Darth Kill (Seriously, among the B1G coaches, there could be no better Sith Lord name than that.) and me that the Force is strong in their young padawan, Barkley. Obi Wan Carroll taught him well. But there is much he has yet to learn and Obi Wan Carroll has departed. His training has weakened under Kiffin Fisto. He does not know the full power of the Darkness. Now, while he is under the pull of a weak mentor is the time to teach him the full strength of our hatred. Yes, I sense that you understand. 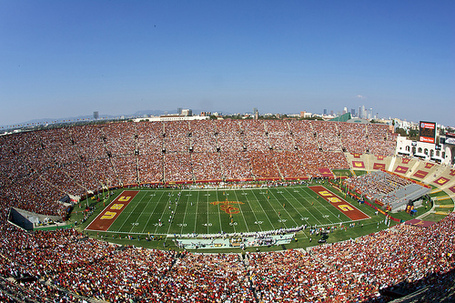 We have fortified our darkness with the souls of all of our citizens - each ready to wage war against these Trojans. This week, we are all Gophers. From our western border to our eastern. Yes, even our Western members in the cornfields shall be Gophers for this moment - for this battle. We will not fail, because we can not fail. We shall follow the insurgents to their dwelling.  And then we will crush them.

Excellent. Let that hatred grow. I feel our combined power getting more fierce. More acute. I sense that the fuse of hatred has been lit. Excellent. Now let it destroy them.