Who has the most at stake in Week 2?

Share All sharing options for: Who has the most at stake in Week 2?

Week two is upon us in the Big10 and like a school girl, I am positively giddy.  No doubt the Big10's eleven schools are giddy to get rolling tomorrow too.  Several of them have a lot to prove after last week.

So this got me to thinking: Who has the most at stake this week?

Ohio State:  Clearly this is the big daddy of the week.  Ohio State welcomes (?) USC to the Horseshoe for a re-match of last season's shellacking in Pasadena where the Buckeyes laid the proverbial egg.  Additionally, OSU won what turned out to be a squeaker last week against a plucky Navy squad that they were heavily favored to beat by a bunch.

OSU's season doesn't quite rest on this game, but you can bet that OSU's reputation across the country is at stake here.  USC is only favored by 7, no doubt because they have to play on the Buckeye's turf, but the common opinion around the media seems to be that USC will win by more... and maybe much more.  Ohio State would do themselves well to win this game, but even if they can keep it close perhaps it will take some of the heat off of the Buckeye's perception around the country.

Michigan: After one week of college football, it's hard to say if Michigan is back, but without question they gave us plenty to think about after putting the wood to Western Michigan last week.  Michigan is clearly oozing with talent, especially at the QB position where they appear to be in good hands for several years.

Speaking of being back, Notre Dame?  I'm not convinced, but I hate the Irish, so I hope they aren't.  Nonetheless, most of the country seems to believe that they are at least on the comeback trail.  And if Michigan can pull this thing out it will really help the perception of Michigan around the conference and the NCAA. 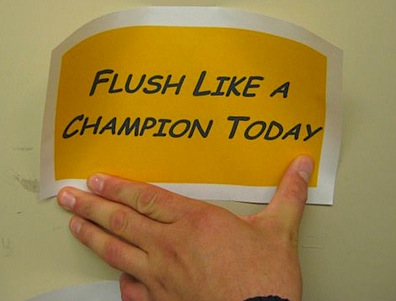 Purdue: Nobody expects much from the Boilers this year, but they did a nice job of taking care of Toledo last week (who absolutely smacked Colorado in the mouth earlier tonight) showing a revived running game lead by Ralph Bolden.

Purdue travels to play the ugliest jerseys in the country of Oregon on Saturday night where they are 12 point dogs. But if the Boilermakers can find a way to win this game, or to at least show up and keep it close, they might suddenly pull themselves out of the conversation that goes something like "who will be the worst team in the Big10 this year, Indiana or Purdue?"

Illinois: Great jumpin' jahosaphat, what happened to the Illini last week?  Good heavens that was embarrassing.  Illinois plays Illinois State, who they are favored to beat by 28 POINTS!!!  I shutter to think what the line might have been if Illinois had actually beaten Missouri last week, or even kept it close... nonetheless, there's a reason these point-spreads are set the way they are (money) and they are generally fairly accurate.

Illinois needs to take that point spread, shove it's face into the dirt and find a way to win this game by more than 4 touchdowns.  If they pull out a close win, or worse yet, manage to completely crap the bed and lose this game, they might get to replace Purdue in that conversation that goes something like "who will be the worst team in the Big10 this year, Indiana or......?"

Minnesota: Gopher football is back in campus and we, the good people of Minnesota, couldn't be more excited.  Last year when it was announced that Air Force would be the Gophers opponent on opening day at The Bank there weren't too many Gopher fans who were worried.  My oh my, how things have changed...

Vegas isn't giving the Gophers much credit, and honestly, it's hard to blame them after how they played last week, not to mention what Air Force did to something called Nicholls State a week ago.  This is a must win for a Gopher program that is working desperately to become relevant not only in the conference, but to the sports consuming public of Minnesota who seems to only have an appetite for a team that plays in the Gophers old stadium and has a senior citizen starting at QB for them this year.  Winning the first ever game in their brand new stadium would definitely help.

The Big Ten Conference: It's possible that the conference as a whole has more at stake than any individual team (a very fascist point of view, I know).  In one fell swoop the Big10 Conference has a chance to erase many of the question marks that remain from the previous several seasons about their ability to compete on a national level against the powerhouses from the major conferences.

Ohio State singlehandedly has the ability to change the entire country's perception of the Big10 if they can beat USC at home.  Michigan has a chance to add to this change of perception by beating Notre Dame.  If OSU and Michigan are relevant on a national level, then all seems to be well with the world.  But as a whole, the Big10 member schools need to do a better job of taking care of business when it comes to non-conference games, and this Saturday would go a long way to making things right.