Did the Gophers Get Extra Cash for This?

Share All sharing options for: Did the Gophers Get Extra Cash for This?

You should know that the Minnesota Golden Gophers opened their new home, TCF Bank Stadium, on Saturday with a win over the Air Force.  It was a great day for the team, the school, and the league.

What we haven't talked about is the influence that TCF Bank has over the Minnesota program now.  Apparently, not only did the team sell the bank the stadium naming rights, but also uniform branding rights as well.

Confused?  Here is what Minnesota decided to wear on Saturday. 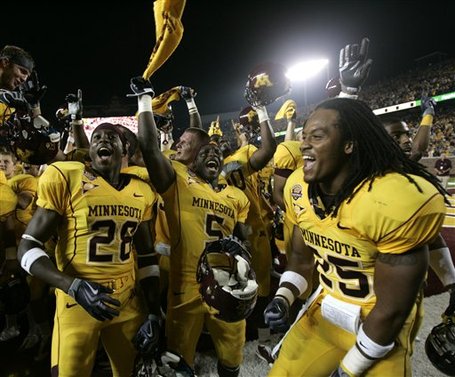 Yikes!  But, after playing for a while, here is what the typical Minnesota player looked like with sweat stains.  Notice the orange stripe at his waist. 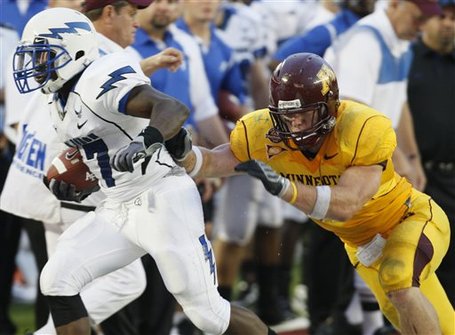 And here is the TCF Bank checking card.

Coincidence or the greatest corporate marketing scheme ever to occur at the opening of a Big Ten stadium? You decide.