Make sure to go back and submit your picks for Week 3 of the Obligatory Predictions Contest. Weekly winners get a chance to write 500 words on the site. NEW this year is our season long competition - win the whole damn thing and we send you something amazing.

I want you to win.  If you want to ice the game without a last minute fumble recovery, that's OK too.

I want you to stop the run.  Your whole defensive scheme is predicated around that.  Nic Grigsby is a fast little bugger.  Hit him early and wrap him up.

I want you to avoid doing something stupid.  That means no losing this one.  That also means that you have to keep your new "Face of the Program" upright and healthy. 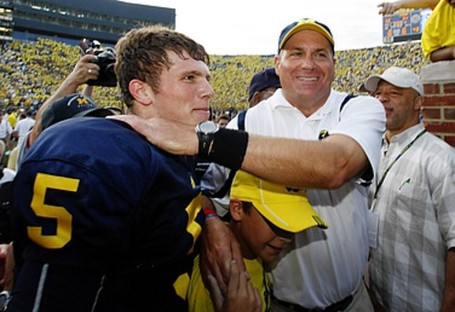 I want you to continue your dominance in South Bend...and push Mr. Weis to the brink of unemployment.

I want you to jump on the Bears early.  That's your best chance.

I want you to keep your foot on the gas until the final gun.  You should win this one more comfortably than the score against EMU.  Do it.

Ohio State (vs. Toledo in Cleveland)

I want you to fix this.

This is the third week to say this.  I want you to show that you can run the ball.  If you can't at home against Temple, how will you against Ohio State? 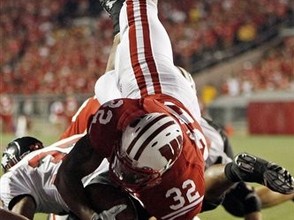 I expect to see the Big Ten drop the games in Minnesota and South Bend.  I expect to see Iowa beat Arizona and the rest of the conference get the job done against the cupcakes.

The Big Ten is 18-4 out of conference.  The league is 4-3 against BCS Conference teams (plus Notre Dame).  The league has only one loss to a non-BCS team.