We, The Rivalry, Esq. place before this college football court, the 2009 season of the Wisconsin Badgers.  Last year, the Badgers failed to live up to the defensive dominance of past units.  All summer we have debated, can that be fixed, or will the poor defense force them further down the Big Ten totem?  I say to you, ladies and gentlemen of the college football jury, ENOUGH!  Let this court give them the fair assessment that they deserve. 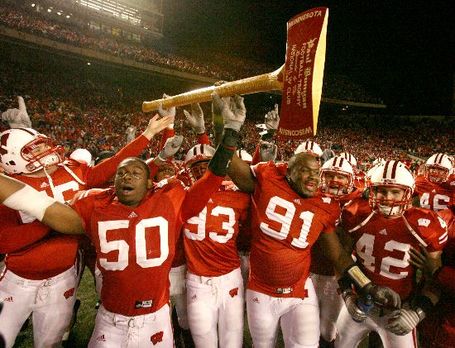 It seems hard to believe now, but Wisconsin was ranked #9 in the country when the team traveled to Michigan on the last Saturday of September.  A ridiculous collapse in Ann Arbor, an Ohio State victory when the Buckeyes came to Camp Randall for a Saturday Night showdown, a blowout in Madison by Penn State, and a steamrolling by Iowa over four consecutive weekends moved the Badgers from the Top 10 to a losing record.  The record improved as the schedule got easier, but their 7-5 finish was hardly what the fans envisioned at the start of the season.

The winning record did allow the team to travel to Orlando for the Champs Bowl against Florida State.  It is up for debate as to whether the team ever showed up - 42-13 Seminoles.

Does Wisconsin have Conditioning Issues?

On Wisconsin!, The Great Dayne, Jump Around

You have to blame the defense's collapse on something.  You might as well blame it on the boogie.

A. I Hate Wisconsin

Maybe its because he's lived too long in the South, where hatred is a tangible commodity, but Bama Hawkeye has felt his hatred for Big Ten rivals boiling.  Here's why he hates Wisconsin.

I hate Wisconsin because when people complain about Big Ten football being boring, you're the reason.  I hate that Ron Dayne broke the college rushing record against Iowa.  I hate that you have had a parade of indistinguishable (and undistinguished) quarterbacks over the last 16 years, all of which seem to stay on the team for 8 years.  I hate that your mascot wears a turtleneck but no pants.  I hate listening to your accent as you complain about Minnesotans talking funny.  I hate that your band, in the state that has give us so many famous beers (like say...Miller, Blatz, Schlitz, Pabst, Old Style, and Leinenkugel's...mmmmmmm Leinie's), plays a Budweiser anthem as one of their signature songs.  I hate Wisconsin.

B. Why You Should Love Wisconsin

Because they have won the last three Rose Bowls that they played in.  No other Big Ten team can say that...Because I have seen Wisconsin fans polka at their tailgates.  Not just drunk hopping, either - honest to goodness polka steps...Because Madison has an energy unlike any other city I've ever been in.  The capital and college being so close create an incredible mix...Because of the Jump Around...Because no Big Ten state produces fewer D-1A football players, and yet Wisconsin overcomes that...Because their coach has a Tigerhawk on his leg...Because they're in the Big Ten. 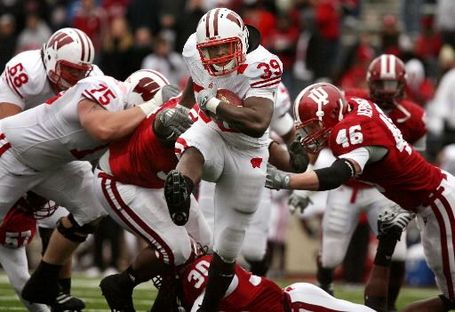 I think that this is going to be a year like 2007 where 7-5 teams from the Sun Belt will get to go bowling while 6-6 teams from the Big Ten and ACC will be left at home.  Sorry, Wisconsin.  Your six wins only earns you queso. 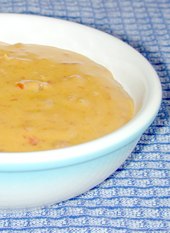 Words from an SBNation blogger on their team.  Here is Adam Hoge from Buckys5thQuarter explaining why this Badger bunch will finish at 9-3.

Mark it down. Wisconsin will go 7-0 at home this season. Bielema has a great home record (20-2) with both of those losses coming last season to Ohio State and Penn State. Those teams were clearly better than the Badgers. I don't see any home games like that this season. The home wins haven't always been pretty (i.e. Illinois in 2006, Minnesota and Cal Poly in 2009), but Bielema's teams have always found a way to get the job done at home against the teams they should beat. I think that continues this season.

A 5-3 Big Ten record (with a 9-3 overall record) would most likely put UW third in the Big Ten bowl pecking order. I don't think the conference will be sending two teams to the BCS so that means a return to the Outback Bowl would be in order. Personally, I am rooting for the Alamo Bowl in San Antonio. Wisconsin has exhausted its stay in Florida in recent years and the Alamo Bowl will be played Jan. 2 this season. It also will be the last year the Big Ten has ties to the Alamo Bowl.