There is no real pecking order in the Big Ten yet.  That said, it's most interesting on the cusp of failure.  Purdue has outperformed my expectations in quality.  However, I don't see 5 wins in conference for them.  That means a bowl season on the couch with the queso.  Four other teams have reached crossroads.  Michigan State will need to find four Big Ten wins to get bowl elligible (I'm giving them their cupcake as a W).  From what I saw this weekend, that won't be easy.  Indiana needs two wins in the Big Ten (assuming that they can beat a bad Virginia team in Charlottesville).  That's why letting the Michigan game slip away was so huge.  Northwestern will need three Big Ten wins.  I think they can do it, but it likely comes at the expense of Illinois, who needs 5 wins between a tough conference schedule and their season ending games with Cincinnati and Fresno.

In putting these projections together, I threw out all of my preseason assumptions.  One-third of the season, and a conference matchup, is enough to begin to make reasoned observations (as reasoned as my small mind can make), not just preseason predictions.  The projections follow below. 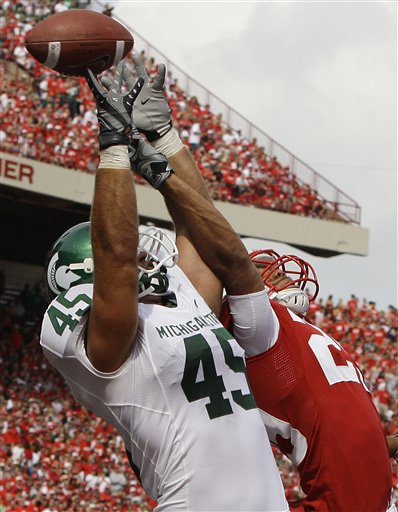 Are Sparty's bowl hopes being tipped away?