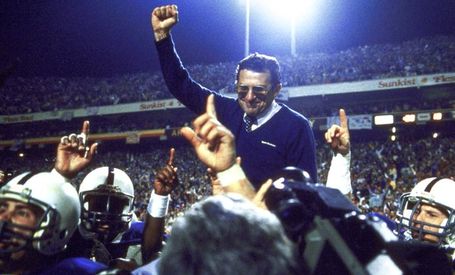 As our countdown comes down the stretch we salute a classic contemporary: the immortal Joe Paterno.  For 60 years Paterno has patrolled the Penn State sidelines.  For 43 of them he's been head honcho.  Joe has outlasted nine United States Presidents, he's won two national championships, and his 383 career wins are the most of all time in the FBS.

Anyone who needs a testament to Mr. Paterno's character should look no further than his request to the NCAA to restore 14 wins that would put Bobby Bowden within striking distance of his record.  That's because for Joe it's not about the record.  It's about the heart.

This guy has a hell of a lot of it, and we're proud he calls the Big Ten home. 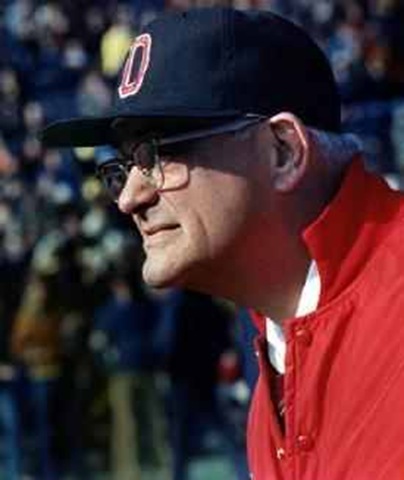 It's a name that needs no qualification.  Woody Hayes isn't just the best General to ever lead the scarlet and grey.  He's one of the best commanders the sport has ever known.  In 28 poignant years he won 5 national champions and 13 Big Ten titles.  As one historian describes:

There has never been anyone like Coach Hayes, and there never will be again...Woody was a hot-tempered, difficult, and aggressive man...Different people have different opinions, but no one would disagree on one thing: he absolutely despised and refused to lose.

Woody's style was strength-on-strength, will-on-will, toughness-on-toughness...Woody won with preparation; he was a notorious perfectionist...

Woody's sober contempt for That State Up North, ignited and inspired a 10-year war.  As Wikipedia reports: When asked why he went for two despite a 36-point lead against Michigan in 1962, Hayes quipped, "Because I couldn't go for three."

At Hayes' funeral on March 17, 1987, former President Richard Nixon delivered the eulogy before a crowd of 1,400 acknowledging the friendship that had begun during his second term as vice president. Having met Hayes at a reception following a Buckeye win over Iowa in 1957, Nixon recalled, "I wanted to talk about football and Woody wanted to talk about foreign policy. And you know Woody. We talked about foreign policy."

No. 3 - Most National Championships 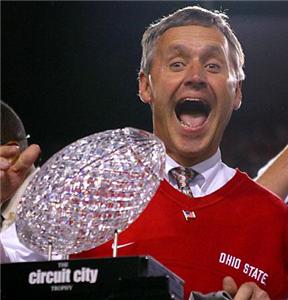 Esteemed from the glory days, the retro-eleven boasts more national championships than any other Division 1 conference (in case you wondered, when factored using its present membership roll, the BCS collective ranks as follows:

That being said only 3 of its 27 championships occurred in the last thirty years. Compare that to the SEC's 9, and you begin to see the shift in parity that's substituted crisp autumn leaves and cool November snaps for sweat, julips, and electric September nights in the swamp.