Illinois (vs. Missouri in St. Louis)

I want a win.  Pretty, ugly, doesn't matter.  Missouri has won too many in a row in this series.  Illinois is the better team.  Beat the worse team.

Well, I wanted to see you play better ball than that, but it is a win.  Kudos for the fan support.  That was the best looking crowd that I ever remember seeing in Bloomington (Oaken Bucket games excluded).  Now build on that.  Not every QB will fumble before plunging in with a game-tying touchdown. 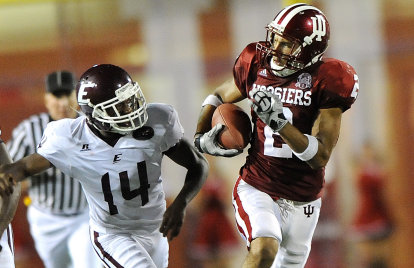 I want you to demonstrate that there is a running back, or a combination of running backs, that can average 4 yards a carry in Big Ten play.  That means that they have to dominate the UNI defense.  If it's the Pakibomb, fine.  If it's Robinson or Wegher, great.  Just show me that my faith in the veteran offensive line and reserves was justified.

I want you to show the ability to run your offense with enough precision that the eight defensive coordinators in the league that will face you groan.  I want you to narrow down the QB derby to at least two...that should have happened weeks ago as it is.

I want to see the defense absolutely smother the Bobcats.  They shouldn't be able to move the ball on you.  Show me that.

I want to see you find ways to get Eric Decker the ball.  If that means pounding the line with some runs to bring up the safeties, great.  If that means slants and outs, that's fine.  Just show me that your new profession of love for the run doesn't mean ignoring your best weapon. 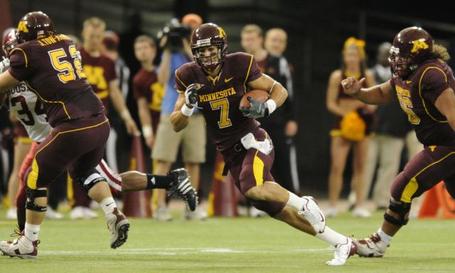 I want to see the offense click.  Your defense will be strong again.  Show me that your offense can move the ball at will.

I want you to show me that the young defense has the discipline to limit the Navy running game.  You can't shut them down completely, because Navy won't has no Plan B.  But if you can follow your assignments this week, it will give me much more confidence as you face USC next week.

I want to see Evan Royster running through holes.  I want to see Darryl Clark's jersey clean at the end of the game.  I want to see an offensive line performance that shows that Phil Steele was wrong.  Please let me see more than I saw from the young Oregon line last night.

I want you to demonstrate that you're closer to the teams above you (like Wisconsin, Minnesota and Michigan) than you are to the team below you.  Double digit win.  If you're a potential spoiler, you'll do that. 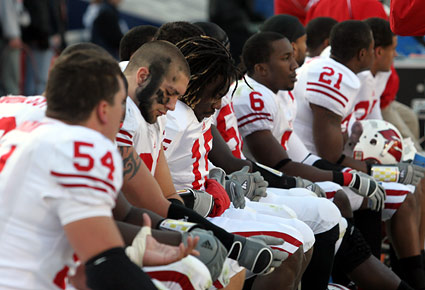 I want to see the Big Ten throw out an 11-0 start to the season.

I expect to see the Big Ten throw out an 11-0 start to the season.  We're favored in every game this week.  Let's play like it.