Ohio State was the preseason Big Ten favorite.  Iowa and Illinois were two popular sleeper picks - chosen by the boldest of prognosticators who didn't want to name either Penn State or Ohio State as their conference champ.

That was on Friday. 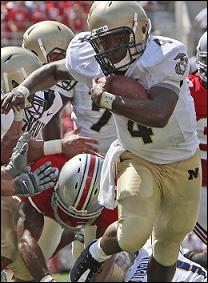 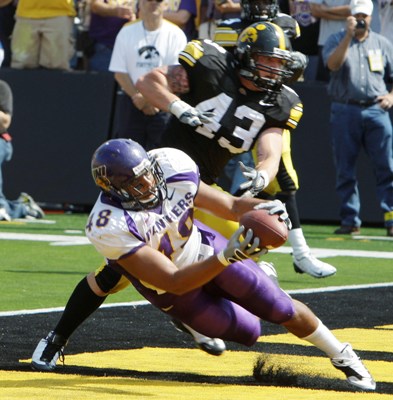 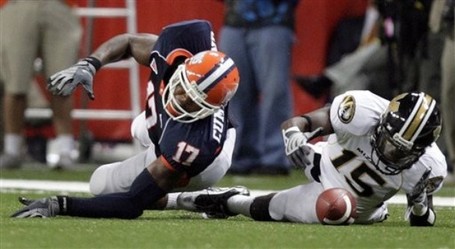 So now what?  Can a team lose its opener that badly and rebound for the Big Ten crown?  Can a team squeak by a non-BCS conference opponent and still win the league title?  If history is any guide, fans of those three teams shouldn't be planning on giving "conference champions" T-Shirts as Christmas presents this year.  I guess that applies for Indiana fans as well...I just didn't figure that any Indiana fan had even remotely thought of that as a possible gift idea.

The historical breakdown follows after the jump.

Illinois lost 37-9 to Missouri, an unranked team from a power conference.  Over the past 30 years, there have been ten Big Ten Champions (including co-champions) who have failed to win their season opener.  Let's take a look at how those played out.

That's right.  In the past 30 years, not once has a Big Ten champion lost by four touchdowns in their season opener. Losing is one thing (especially when playing the eventual National Champ - like Michigan did in 1988); Getting annihilated is another.  If you look at the history, opening losses were common when teams scheduled fewer games against weak conferences.  But even against the best of opponents, Big Ten Champions hung tough.  This year's Illini did not.  At this point, it's time for Zook's boys to try and right the ship and hope for the best.  My expectations have been lowered, though.

2) The Near-Loss to a Paycheck

Now that we have entered an age where each Big Ten team plays at least two games against non-BCS league opponents, we can see how our champions have fared against these lower level schools.  Much like surviving and advancing in the first round of the NCAA tournament, all that matters is the win, right?  Let's take a look at each Big Ten Champion from the past 30 years who beat a non-BCS league opponent by fewer than 10 points in their season opener.

That's right.  It has never happened.  No non-BCS league opponent has come within 10 points of a Big Ten champion in an opener.  Division 1-A, Division 1-AA, FCS, FBS...doesn't matter.  Schools from lesser conferences don't challenge Big Ten champs in the opener.  What you will find are a lot of scores like Penn State's 66-0 win over Coastal Carolina last year, 2006 Ohio State's 35-12 victory over bowl-bound Northern Illinois, and 2004 Iowa's 39-7 win over Kent St. 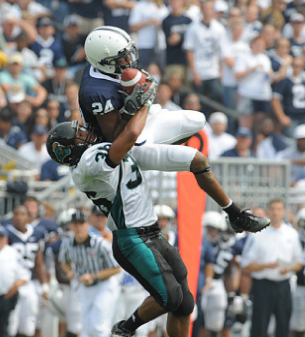 Last year, Penn St. showed how it's supposed to be done.

Right now, Buckeye and Hawkeye fans are worrying.  They are justifying.  They are hoping.  They also need to be praying that their squad becomes the first to win the league after struggling like this in an opener.  I still think that they both can get their acts together.  But, I don't have history upon which to justify my faith.