Two for the Road: Fry vs. Ferentz

Share All sharing options for: Two for the Road: Fry vs. Ferentz

In the course of six months in 1998 and 1999, then-athletic director Bob Bowlsby completely reshaped the Iowa sports landscape.  Hayden Fry retired at the end of the 1998 season after the best 20 year period in Iowa football history.  Dr. Tom Davis was forced out as head coach of the men's basketball team.  Bowlsby made two hires that were met with two very different reactions. 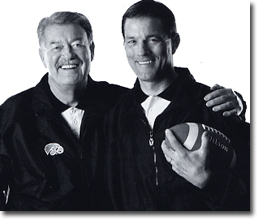 For football, he hired Kirk Ferentz, the offensive line coach of the Baltimore Ravens.  He was an assistant under Hayden, but hardly the fan's choice.  We hoped that the hot young coordinator of the year would be coming to Iowa.  After all, Bob Stoops, the head of the dominating Florida defense, played at Iowa and got his first coaching experience under Fry.  We were furious when we learned that Stoops was never offered the job.  He went to Oklahoma.  Iowa got Ferentz instead.  For basketball, Bowlsby went out and hired the hot young mid-major coach of the year - Steve Alford.

I was at a party that Spring when a classmate of mine discussed how Iowa would likely become a basketball school. After all, Alford couldn't miss and Ferentz...well, we didn't get Stoops, the guy we needed. I agreed with him. It's been 11 years since that party.  Alford exploded: first in the good way and then in the bad.  No one bothers to compare him to Dr. Tom Davis.  The comparison only makes Hawkeyes sad.  Ferentz kept an even keel and has led Iowa to a pair of Big Ten titles and a pair of BCS bowl games.  But how does he stack up against his predecessor? Have we reached a point where we can say that Fry has been passed by Ferentz? Let's break it down.

The 1-10 season that started the Ferentz era drags his numbers down more than any one season of Fry's. Obviously, all of the counting stats should favor Fry.  The better winning percentage also puts this in his favor.

I did not anticipate there to be this wide of a gap here.  Fry performed much better in league games than Ferentz has.  Notice that Fry has a better winning percentage in the league than he did overall.  Part of this is attributable to the more aggressive scheduling that occurred when he coached (In 1992, the Hawkeyes played Miami, Colorado, NC State (combined record 29-6-2) and Iowa State in the non-conference.  It will be a cold day in hell when Iowa plays 4 BCS teams in the non-conference now.)  However, I contend that the gap between the top and bottom of the Big Ten is much, much narrower now than it was in the 1980s.  Throughout that decade, Northwestern never won 3 conference games in a season and never beat a conference team that finished with a winning record.  Wisconsin and Minnesota were down the entire decade (Bucky moreso than Goldy).  Purdue had two winning seasons.  Penn State was an independent.  Illinois and Michigan State each won the league once, but also had some bad seasons mixed in.  The league wasn't quite the Big Two and Little 8 that it had been throughout the 1970s, but it wasn't that far removed from it.  Playing the bottom half of the league in any given year was easier than most of the non-conference games that Fry scheduled.

Does that explain away the entire gap?  I don't think so.  To put it another way, for Ferentz to have a better Big Ten winning percentage than Fry, he'll need to win his next 14 consecutive Big Ten games.

As it stands, Fry won three championships, all within his first 12 years at Iowa.  Ferentz has two championships over 11 seasons.  A league title in 2010 would even this count.  As it is, it's a slight edge to Fry.

We're all winners here (even though Hayden's was a bigger game). 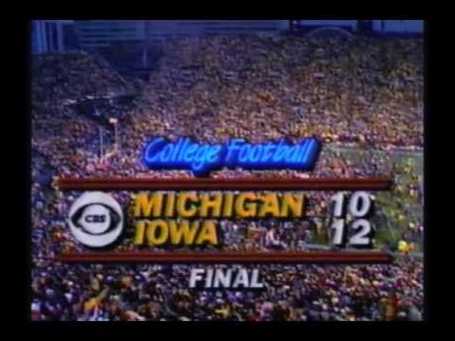 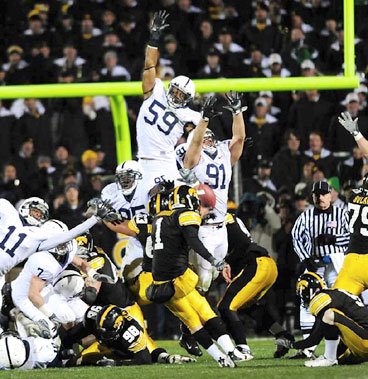 5. Wins Against Members of the AP Final Poll Top 10

I'm not counting wins over teams that were Top 10 at the time.  Teams get overrated.  Let's look at the finish.  To make this list, Iowa had be one of only one or two teams that was able to win against a dominant team.  Here, the edge goes to Ferentz.  Through 11 seasons, Fry only had two of these wins.  Ferentz has doubled that and has tied Fry's Iowa total.

And here sit the best arguments for why Ferentz belongs above Fry among Iowa coaches.  Let's look at Hayden's bowl wins.  Hayden has two wins over WAC (now Mountain West) champions in the Holiday Bowl.  The other four wins came against BCS league teams who each finished with 7 wins. Not one team that Fry defeated in a bowl game ended up ranked. It's hard to write this, but when Hayden went against elite level opponents in bowl games, he lost. Yes, three of Fry's best teams were forced to go to Holiday Bowls and face WAC Champions instead of getting to face top teams from other conferences.  But Hayden had three Rose Bowls, and was favored in two of them.  He didn't win any of them.

This is a huge advantage for Ferentz.

Obviously, the Top 10 finishes are huge for Ferentz.  The Top 20 finishes are interesting.  While I can't find the "Other Receiving Votes" for the 1982 poll, I suspect that 8-4 Iowa, coming off a Peach Bowl victory over Tennessee would have finished in the 21-25 range.  Assuming that as true, Hayden finished with 10 Top 25 seasons in his 20 years at Iowa.  Ferentz has had five ranked seasons in his 11 years at Iowa.  In other words, Ferentz is on the Fry pace for total rankings.  But, the Top 10s vs. Top 25s put the edge here to Ferentz.

When Hayden Fry was hired before the 1979 season, Iowa hadn't had a winning season since the 1961 squad managed to go 5-4.  It had been 21 seasons since Iowa was in a bowl game.  The facilities were non-existent. Any tradition (in the positive sense of that word) was forgotten.  The conference had been subject to the death grip of the dual evil empires known as Bo and Woody.  In his third year, Iowa stunned Nebraska and became the most unlikely of conference champions.  I'm going to write about this more throughout the offseason, but what Hayden Fry accomplished (I say without hyperbole) was one of the most remarkable turn-arounds in college football history.

When Kirk Ferentz arrived at Iowa after the 1998 season, the cupboard was bare.  Poor recruiting in Fry's last seasons had left few Big Ten caliber athletes on hand.  However, Iowa had been in a bowl game after the 1997 season, had won a bowl game after the 1996 season, and had won the conference eight years earlier.  Yes, there was much work to be done.  However, the blueprint had been established.  Hell, Ferentz was on Fry's staffs when he drafted the blueprint.  I do not, in any way, mean to diminish the challenges that Ferentz faced when he started, but they pale in comparison to the mountain that Fry had to climb.  This is an advantage Fry.

I'll be honest.  This is a lot closer than I thought it would be.  It looks to me like Ferentz hasn't caught Fry.  Yet.  And that's the hopeful word. What would it take for Ferentz to overtake Hayden? If Iowa wins the Big Ten, wins another big bowl game, and finishes in the Top 10, I think that Ferentz will pass Hayden Fry.  It'll likely happen withing the next decade; it may all happen next year.  And that will make Kirk Ferentz the greatest coach in Iowa history, right?

That will put Kirk in third place*, behind the two men pictured below. 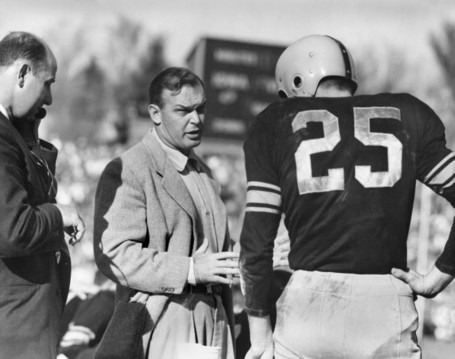 Forest Evashevski, who led the Hawkeyes to three Big Ten championships, two Rose Bowl wins, and victories in 65% of their games from 1952-1960. 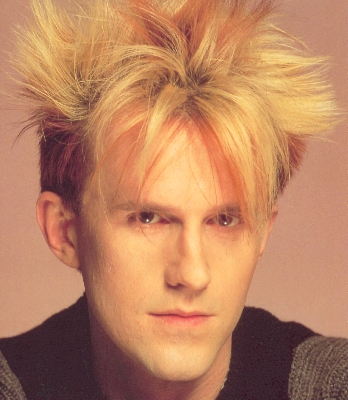 And Howard Jones, who led Iowa to two Big Ten titles, back-to-back undefeated seasons (1921-22), and victories in 70% of their games during his eight year tenure in Iowa City.  Actually, if you couple his performance at Iowa with his national championships won at Yale and Southern Cal, you can make the case that Howard Jones is one of the most criminally overlooked coaches in the history of college football.  For that, I guess no one, no one, no one ever is to blame.

*If I told you we were trying to determine the third greatest coach in a school's history, you never would have read this whole thing.