Summation: The Big Ten in the Aughts

Share All sharing options for: Summation: The Big Ten in the Aughts

This begins our series recapping the last ten seasons in the Big Ten.  Starting next week, we'll begin reviewing each team individually.

There are a lot of different ways to rank teams after a decade of play.  Unfortunately for ten of the teams in the Big Ten, Ohio State is going to come out on top of every positive ranking that I can formulate.  So, here is the one that I think does the best job of sorting the rest of the members of the conference. 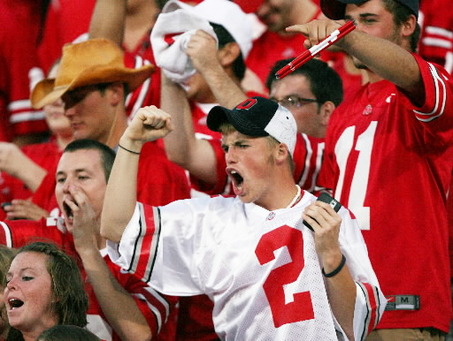 Yes, it was their decade.

Each team gets a win, loss, or tie based upon their record against each other team this decade.  Due to the quirks of the rotating schedule, every Big Ten team played two teams ten times this decade, five teams eight times, two teams seven times, and one team six times.  After the jump, you'll find the standings with some notes of interest and the individual team-by-team breakdown.

How dominant was Ohio State?  Only three teams managed to beat them three times.  Stunningly, Michigan wasn't one of them.

Despite the putrid performance of the last two years, Michigan's dominant play of the first half of the decade ensured winning records against the non-Buckeye members of the league.

You expected Penn State?  Not when the Hawkeyes went 7-1 against JoePa's boys across the decade.  Among the five teams with winning records, that was the most lopsided result.  The tie...is nothing to care about.  It's justNorthwestern.

The oddest outcome from the top half of the league?  Penn State finishing tied with Minnesota (3-3).

Iowa's problems against Northwestern have been well chronicled.  I was completely unaware that Wisconsin lost four of the six meetings between the schools this decade.

Time and recent struggles have caused us to forget just how good the Boilers were during the first half of the decade.  Sitting here in the middle, they lost to everyone in the standings above them, but defeated (or tied) everyone below them.

You can adjust Northwestern's record with the three to ties to 4-5-1.  Purdue gets the nod due to the victory in the head to head series.  This is the first decade that the 'Cats have won a majority of the games against Illinois since the 1940s. 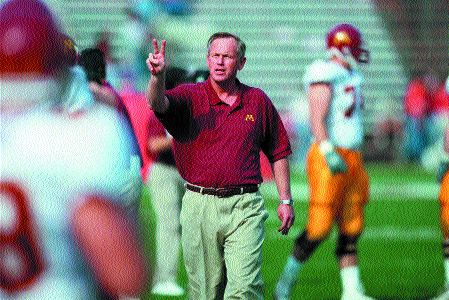 Along with Purdue, one of the two teams that had a much stronger first half of the decade in comparison to the back half.  For all of the criticisms of Glen Mason's scheduling (and it was pathetic), he did win Big Ten games as well.

Yes, Sparty.  Yes there is.

Well, they did get to an NCAA Finals in hoops this decade.