Share All sharing options for: Five Reasons to Watch The Senior Bowl

Although she'd never admit it outright, I suspect that my fiancee secretly revels in the conclusion of a college football season.  Don't get me wrong, M is a genuine fan of the sport -- she attended every home game at Faurot Field while a Journalism major at the University of Missouri.  She also tagged along for three feral weekends in November when my beloved Buckeyes traveled to Penn State, butted heads with Iowa, and finished the season in Ann Arbor.  She even diverted holiday travel plans with her mother to Pasadena so they both could attend the Rose Bowl.

But that doesn't mean she always loves my raison d'etre.  And I don't blame her.  Every Saturday in the fall I behave like a boorish lunatic: setting our alarm to wake up to Chimes and Carmen Ohio, eating piles of beef brisket, drinking mass quantities of beer, watching football from noon to midnight, and smoking cigars like they're going out of style.  I remember one time in particular this season, when -- after attending an early tailgate, sitting through a noon Ohio State game, and watching the 3:30 slate at a campus bar -- M fell asleep on my couch.  I did everything I could not to disturb her, that is until Adrian Clayborn blocked that ridiculous punt against Penn State.  I unconsciously jumped to my feet, knocked over a table of empty Bells bottles, and yelled at the top of my lungs.  M was not amused.
It's interruptions like these that she doesn't miss when the calender turns to January, and I willingly go along with weekend plans to drive to outlet malls and to catch matinees.  This explains M's surprise when she asked me what my plans were for Saturday, and I replied (intentionally vaguely) "Watch college football."

I'm talking, of course, about the Senior Bowl.  Literally the last vestige of competitive intercollegiate football until August.  I'll be watching it, and you should be.  Sure, the practices are more important than the game itself.  And yeah, it's really just a glorified scouting scrimmage.  But it's sport, dammit.  And it's a colorful tribute to the players that have dominated our psyches for the last four years.

Here are five reasons to watch this weekend's action:

Sure, it's not purely the Big Ten versus the SEC (the good guys fill up 9 of 52 spots, or less than 1/5th of the Union roster), but it's still the North versus the South, which conjures up a healthy degree of historical bad blood (and Southern inferiority complexes).  Plus the Sesch have won two in a row (although Lane Kiffin was coaching the North in 2008, so that 17-16 loss probably shouldn't count). 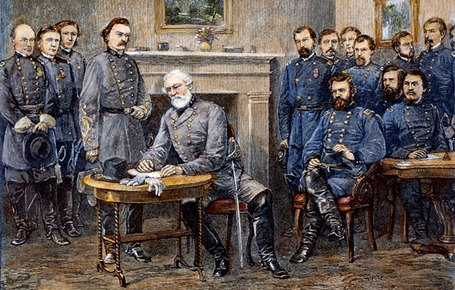 Still, in the game of Life, the North remains undefeated...

I know, I'm not supposed to like the kid, but anyone who chooses to forgo guaranteed NFL money to come back to an "inexperienced" team with an "overall shoddy" defense, is okay in my book.  The result?  More tackles, more development, and a rising draft stock.  Here's hoping Graham "pitches a tent" in the South's backfield.

3. Tim Tebow versus Himself

Much has been made about Tim Tebow's unabridged throwing mechanics.  Tebow has made it clear that he views the Senior Bowl as an opportunity to show scouting offices everywhere that he's worth the gamble.  So far he's one for two on the practice field.

Will USC Safety Taylor Mays continue to play out of position more often than a Team USA Midfielder?  Will Oregon's LeGarrette Blount actually earn the yardage he's credited for?  (Blount kicked his own Rose Bowl fumble from behind the line of scrimmage into the endzone.  The result?  An 18 yard carry on the stat sheets.)

Don't ask me how it happened, but I'm actually prepared to pay attention to a second player from Michigan.  In case you haven't heard Zoltan Mesko is one mean punter.  In practice Tuesday he routinely drilled the ball 60 plus yards.  Can he pin the South below the Florida Keys?