Share All sharing options for: Mainstream Media to Big Ten Conference: "Our Bad"

For three-years the mainstream media has treated the Big Ten like an inferior race, taking charge at every occasion to reinforce general stereotypes about the conference's competitiveness.  And why not?  The media hates the Big Ten and a conservative, punishing brand of football that rarely sends the scoreboard past 30 points.  After all -- to the untrained eye -- it's a lot more fun to watch gimmicky, laser-light show offenses shoot up painfully undersized and undisciplined "defenses."

Nevermind that the conference's model most closely mirrored the NFL.  Or that college football is perpetually cyclical. 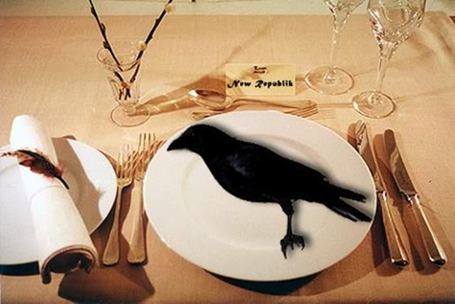 Guess what's being served in the ESPN Cafeteria today?

Pat Forde predicted that we would go 1-6 in bowls this year.  Colin Cowherd proclaimed that there was "no possible way" Penn State could hold its own against LSU.

The pundits huffed and puffed, and now find themselves holding the bag after Big Ten teams stormed the bowl-season Bastille, kicking ass, taking names, and collecting the scalps of Top 15 darlings.

Don't hold your breath.  The media isn't about it admit that it was wrong.  But writers are starting to fall on their own swords the only way they know how: by saying nice things about the conference they threw under the bus.

Here are a few of my favorites:

"Penn State, Iowa, Ohio State and Wisconsin all defeated teams that were supposedly faster and more athletic. They were the myth busters of the BCS, scoffing at the "power vs. speed" plotlines. Georgia Tech and Oregon had the sexy offenses, but the Big Ten teams won with the time-tested formulas of defense, special teams and just enough offense."

One of the great misunderstandings in college football is that the Big Ten's teams have trouble winning bowl games generally, and that they are especially out of their depth in games against teams from the Southeastern Conference.

In fact, the Big Ten does just fine year after year-in the early New Year's Day bowls that no one remembers. (It's the big games that have been the embarrassments.) Over the past dozen seasons, the Big Ten is now 13-11 against the SEC in the Outback and Capital One bowls. That is a winning record over a significant time span against upper-level SEC teams in SEC country.

The conference everybody loves to hate will finish with three 11-win teams (Ohio State, Iowa, Penn State) and a 10-win squad (Wisconsin). The league could end up with three teams in the top 10 and, at worst, four top 20 squads.

So much for speed.

The Big Ten's famine is so over.