Fake 40 times are fun! And so is watching these "OHMYGOD there he goes" quarterbacks. I'm pretty sure we're past that whole "Big Ten is slow" meme for now, but honestly, if we're not, hopefully the Denard Robinson v. Taylor Martinez matchup on November 11, 2011 in the Big House ends that for good. Don't forget, all the above QB's will be back playing next year... 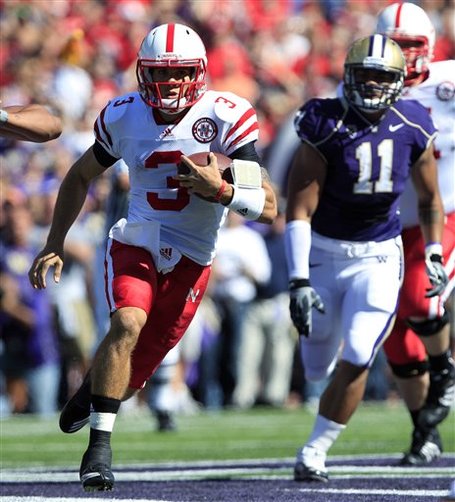 Persa and Pryor play in pass first offenses...Scheelhaase plays in a running back-focused spread but he moves around so athletically in the pocket...Henry, Martinez, and Robinson are their team's biggest weapons. I can't remember the last time the Big Ten had so many run threats from the QB position? Anybody? A couple years ago, we sent a bunch of Big Ten signalcallers to the NFL because they were big and featured strong arms. Not happening with this group.

Interestingly enough, there is a tremendous variety of running styles and offenses between these six. TP is the stiff-arming giant with huge strides. Martinez and Robinson are the game breaking sprinters. Persa and Henry are slippery, hard nosed runners; they both took a lot of shots in Saturday's matchup and came out uninjured. And Scheelhaase's nimble moves against Penn State show why he was a four star quarterback/athlete. 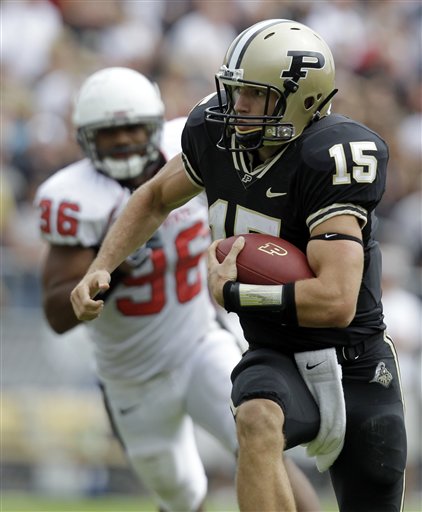 But what does it all mean? It means Big Ten offenses are going to be tremendously hard to define, defend, or predict this year..or next. Some questions/comments:

Remember when you didn't have a good grasp on your new NCAA 2004 game and you just ran the quarterback for Denard-esque numbers? We've seen, and will see, a lot of this in 2010...and 2011, thanks to the youth of this group. So whatever failures are generated this year by this bumper crop of dual-threat QB's, they'll get the offseason to improve.