Week 7 in the Non-Con: What I Want

Share All sharing options for: Week 7 in the Non-Con: What I Want 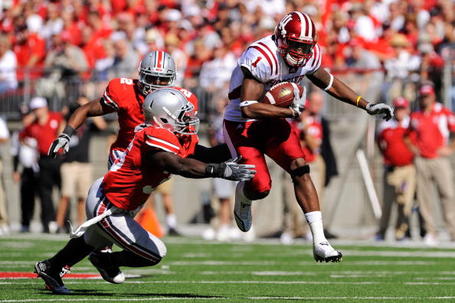 When last we saw the Red Wolves of Arkansas State sniffing around Big Ten country, they forced Iowa to recover an onsides kick to ensure a 24-21 victory. Arkansas State is a Sun Belt team - and not a good one. Their 3-9 record of last season may well be bested this year, but not by much.

I want to see Indiana get its offense back in gear and lock down its fourth win of the season. It'll be finding two more on their schedule that will be the challenge.

We've done better than we had the past couple of years. The Big Ten is 34-8 (.810) out of conference. The league has clinched a better non-conference record than it had last season. The league is 7-5 against BCS Conference teams (plus Notre Dame). It has secured a winning record against BCS opponents. The league has three losses (Northern Illinois, Toledo and South Dakota) to non-BCS teams, one more than last year.